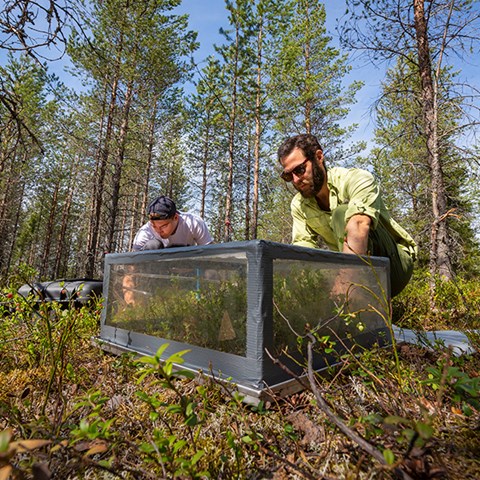 Measurement of the flux of carbon dioxide from the soil with a measuring chamber in a young forest near Vindeln. Photo: Andreas Palmén

Tree growth determines the forest carbon balance at the landscape level in northern managed forests. Soil carbon release through decomposition is comparatively less important, and a clearcut starts to sequester more carbon than it releases within ten years of harvesting. This is the finding of a comprehensive study based on a survey of 50 different forest stands in Sweden. The results are published in the highly-ranked journal Global Change Biology.

The forests of the northern coniferous belt are important carbon sinks and therefore also important in climate change policy. How much carbon dioxide these areas can sequester from the atmosphere is, however, unclear, and therefore much debated. Current knowledge is largely based on studies in Canada and Russia, while knowledge of the Nordic managed forest landscape has been based on a few single-site studies.

Matthias Peichl, Professor of Forest Landscape Biogeochemistry at SLU, has led the most comprehensive field-based research study of the carbon balance in northern forests in Sweden to date. The researchers have measured both soil carbon release and vegetation carbon uptake in 50 different forest stands on numerous occasions over a three-year period. This extensive sampling has allowed the researchers to determine the carbon balance for the stands and for the forest landscape as a whole. The sites studied consist of forests of different ages, from clearings to older forests, all in the Svartberget Experimental Park in Vindeln. In total, the study covers a forest landscape of 68 square kilometres.

The results provide in-depth knowledge on several of the issues under discussion today. One interesting finding shows that a clearcut changes from being a carbon source to a carbon sink within a decade, and that the release of carbon dioxide from the soil through decomposition appears to be more or less constant regardless of the age of the forest.

"We do not see evidence of what has been called the ‘carbon bomb’ after a harvest. Our study applies to northern, managed forests. It is possible that more nutrient-rich forests in warmer climates react differently", says Matthias Peichl.

Therefore, the research study shows that the carbon emissions from a clearcut after a harvest are not due to an increase in soil carbon release, but to the fact that the trees are removed.

"We conclude that tree growth – not soil carbon release – is what determines forest carbon uptake in these forest landscapes. The more the forest grows, the more carbon dioxide it stores. It's how we manage the growing forest that affects the carbon balance", says Matthias Peichl.

The study also shows that soil vegetation has a major impact on the carbon balance of a forest clearing in the first ten years. The herbs and grasses that establish quickly initially account for more carbon uptake than the trees.

The researchers hope that the study can be used as a robust baseline against which to compare the carbon balance of current forestry practices with other management options, such as continuous cover forestry or leaving forests to develop freely.

Matthias Peichl points to another important lesson from the extensive study; the researchers saw great variation even between forests of the same age.

"In other words, it is difficult to scale up local results to the landscape level. This can lead to biased conclusions", says Matthias Peichl. 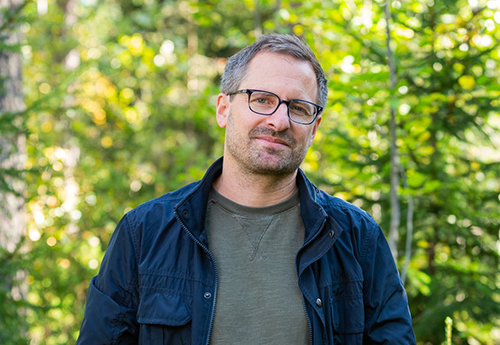 Matthias Peichl, Professor of Forest Landscape Biogeochemistry at SLU, has led the most comprehensive field-based research study of the carbon balance in northern forests in Sweden to date. Photo: Andreas Palmén 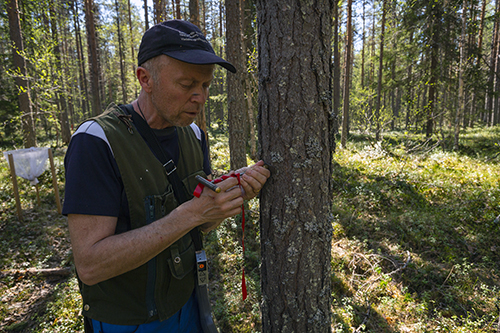 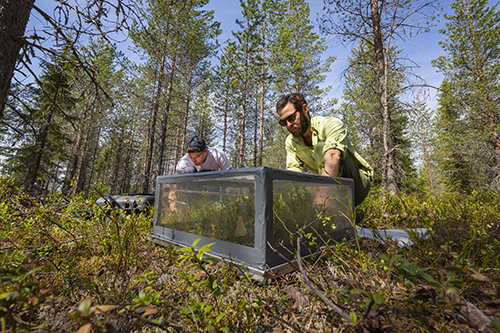 Field assistant Falco Luz and research engineer Rowan Messmer from SLU measure the flux of carbon dioxide from the soil with a measuring chamber in a young forest near Vindeln. Photo: Andreas Palmén