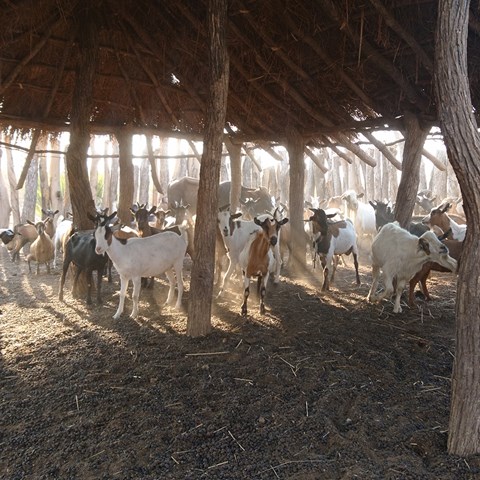 Today, on World Health Day, we pay attention to research on how transboundary diseases in sheep and goats can constitute a threat to health, livelihoods and society in Zambia and Tanzania. In a recently published study researchers investigated the presence of several contagious diseases among sheep and goat along the border of the two countries.

Small ruminants (sheep and goats) are increasingly being recognised for their role in securing the livelihoods of farmers, traders and other stakeholders, especially in low- and lower-middle-income countries. Sheep and goats are important for income generation and storing wealth, and for food and nutritional security. However, these roles are severely constrained by transboundary animal diseases (TADs), which are contagious and capable of rapid cross-regional spread, irrespective of international borders.

There are several TADs that affect small ruminants, such as peste des petits ruminants (PPR), foot and mouth disease (FMD), sheep- and goat pox (SGP), Rift Valley fever (RVF) and brucellosis. Several of these TADs are also zoonotic and capable of causing disease in humans as well as small ruminants. These diseases can have severe socio-economic consequences, apart from their direct and immediate impacts on trade, food and nutritional security, and animal welfare.

- I came back from a visit to the Zambia-Tanzania border region a few days ago, and was once again struck by the important role that small ruminants play in the area. An outbreak of a transboundary disease in the region can therefore have a detrimental impact on local farmers’ livelihoods, says Sara Lysholm, one of the SLU researchers who conducted the study.

Link to the scientific publication

This study was funded by the Swedish Research Council.