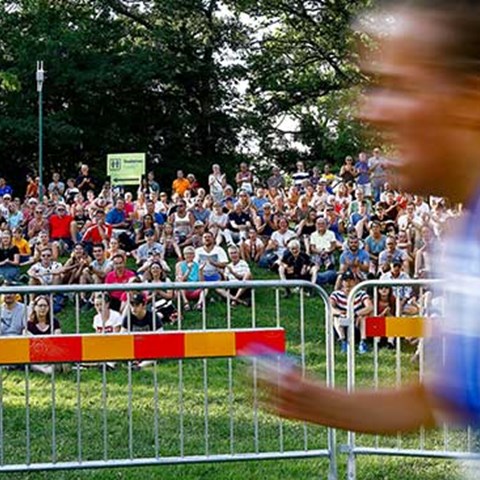 At the end of July, the fields around Ultuna are expected to be invaded by 20,000 dedicated orienteers and the site will be transformed into a giant campsite. During the week of 23–30 July, the orienteering competition O-Ringen is held in Uppsala and Ultuna is the very centre of the competition and where most participants will live.

In the parking lot outside the old Clinic Center (“Gamla KC”) near SVA is the more central part of O-Ringen, called O-Ringen square with exhibitions, sales and a stage for awards and performances.

- SLU will be on-site at O-Ringen square with a large stand that is filled with activities and participants from SLU. We hope to be able to show SLU's breadth, both for prospective students and all other visitors to the O-Ringen. We think that there will be something exciting to take part in for everyone, says Helena Holmquist in the Division of Communication and who coordinates the communication of SLU's participation.

SLU is one of two main partners and has the opportunity to organize activities aimed at the participants.

- We are happy that the O-Ringen is coming to Uppsala and SLU's campus. It is an excellent opportunity to show SLU to so many visitors who have a close relationship with nature and the environment. The O-Ringen is one of the world's largest orienteering competitions and the week is closely followed by the media. We hope that all O-Ringen visitors will know what SLU is and stands for when this week is over, says Helena.