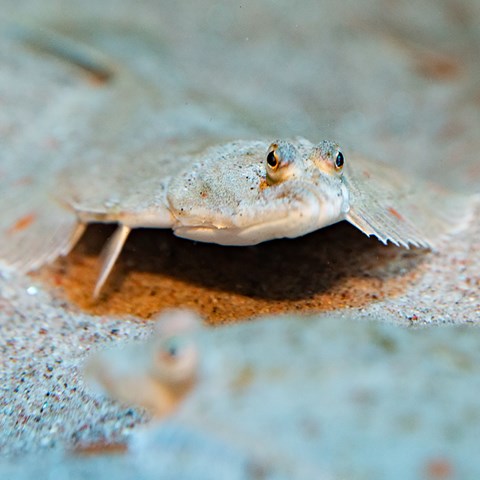 No-take zones can improve both fish and shellfish populations and restore ecosystem functions. Evaluations of the Swedish no-take zones show that the populations rapidly increase when an area is fully protected. However, if a no-take zone is reopened to fishing, the positive effects may disappear within a few years.

About one percent of the Swedish coastal and marine waters are protected by no-take zones where no fishing is allowed.

“Despite this low percentage, Sweden has the largest proportion of no-take zones in Europe, indicating that a very small area of the ocean is strictly protected. However, we now face a unique opportunity to protect and restore species and environments, since EU has committed to strict protection in ten percent of the ocean”, says Ulf Bergström, researcher at the Department of Aquatic Resources at SLU.

To ensure the functionality of the new strictly protected areas, we need to increase our knowledge on how to design the protected areas as efficiently as possible. As a step forward, we have written a synthesis report that evaluates how no-take zones can be used to improve the status of fish and marine habitats.

The report is written by SLU on behalf of the Swedish Agency for Marine and Water Management (SwAM), and includes all studies on no-take zones in Sweden. It encompasses eight areas in total and most of them have been closed to fishing for more than ten years.

“We found that fish size and abundance rapidly increased when the areas were closed to fishing. After five years of closure the populations were, on average, three times higher in areas closed to fishing compared to areas where fishing was still allowed, and continued to increase over time”, says Ulf Bergström.

No recovery in some cod stocks

The report also shows lack of recovery in two of the areas, where fish populations had been severely overfished. In Havstensfjorden outside Uddevalla in Bohuslän, cod has not recovered despite no fishing for twelve years. In Kattegat, the cod population initially increased after a few years, but then decreased to all time low levels due to increased fishing of cod in areas outside the closure, following reduction in fishing regulations.

“Unfortunately we have to admit that the management of cod in Kattegat has failed to both protect the cod population. The population has not been restored and the status of the stock has instead decreased. The no-take zone is too small to protect cod and recent changes in fishing regulations in adjacent areas have subjected the cod populations to increased fishing pressure”, says Mattias Sköld, researcher at the Department of Aquatic Resources at SLU.

Effects of seals and cormorants in the Baltic Sea

In two of the areas along the Baltic Sea coastline, Gålö in the Stockholm archipelago and Licknevarpefjärden in Östergötland, the initial positive effects of the no-take zones decreased following an increase in predation pressure from grey seal and great cormorant.

Positive effects on the ecosystem

No-take zones can also contribute to the recovery of important ecosystem functions. This occurs when predatory fish increase in an area, which leadsto increased predation on and decrease of populations of smaller fish and decapods. Small grazing invertebrates can then increase in abundance and control the presence of epiphytic algae, which may also counteract negative effects of eutrophication. This benefits seagrass and macroalgae like bladderwrack, species creating important habitats for fish reproduction. In soft bottom areas, protection from bottom trawling benefits benthic organisms and habitats.

Excluding fishing from an area may therefore be an efficient way of restoring important habitats and ecosystems, which is often found to be both difficult and costly.

“Fishing regulation and environmental conservation need to be better integrated in the future, since fish are not only dependent on thriving habitats, but also contribute to their recovery and stability. Our results show that no-take zones provide an excellent tool for ecosystem-based management”, says Ulf Bergström.