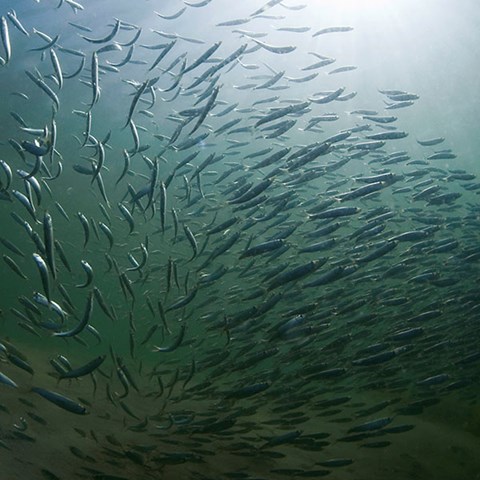 Small variations in few selected fragments of the DNA allow to characterize an incredible population diversity of herring throughout the western Baltic Sea, the Kattegat and Skagerrak. Many herring populations mix in this area of transition between the Baltic Sea and the North Sea, but a powerful genetic tool is now able to sort them out with unprecedented accuracy with results calling for a re-evaluation of the present boundaries of stock assessment and management.

In this study lead by the Technical Danish University with participation of the Swedish University of Agricultural Sciences, SLU and a broad international collaboration, researchers found that at least six main distinct spawning components of herring mix in the Kattegat-Skagerrak and eastern North Sea during summer.

This incredible diversity comprises populations spawning at different times of the year and on spawning grounds which are very far apart from each other such as the coast of UK, the English Channel, the Norwegian Sea, local grounds in the Kattegat-Skagerrak, and spawning grounds well into the Baltic Sea.

Results confirm previous knowledge that in the Kattegat-Skagerrak and eastern North Sea, the herring from the western Baltic are most common among the adults while the herring from the North Sea stock dominate among the juveniles, but with great surprise scientists found unexpectedly high proportions of both Spring and Autumn spawning herring of central Baltic origin, and exceptionally high proportions of Winter spawners among the juvenile herring of North Sea origin.

"Advancement in research are showing that the assumption of one stock = one population is the exception more than the rule, and fish stocks are seldom represented by a single spawning component. Evaluation of the status of fish stocks and their sustainable exploitation requires an understanding of which components comprise fish stocks and how these components mix in our samples and in the fisheries catches" says Valerio Bartolino associate professor at the Department of Aquatic Resources at SLU and co-author of this work.

The non-negligible occurrence in the Kattegat-Skagerrak of herring spawning components and stocks outside those presently assessed in the area call for an evaluation of this mixing in the fisheries catches and for a potential re-evaluation of stock boundaries and definitions.