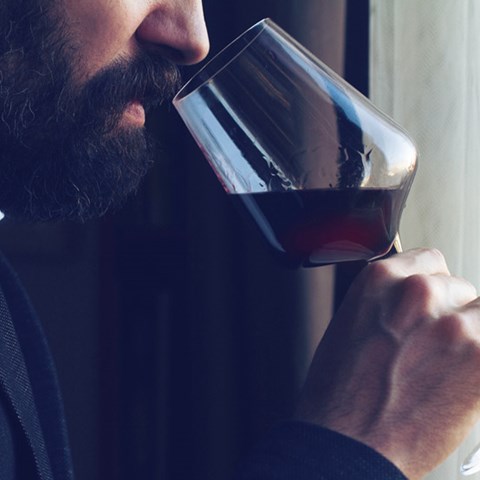 At a ceremony at Harvard University yesterday, researchers from SLU received the 2018 Ig Nobel Prize in Biology. They received the price for demonstrating that wine experts can reliably identify, by smell, the presence of a single female fly in a glass of wine.

The vinegar fly (Drosophila melanogaster) is one of science's most important model animals, and there are numerous studies exploring how these flies utilize odours and other signals to find food and someone to mate with. Last year, after five years of work, a research team led by Peter Witzgall from SLU, for the first time showed that females produce a species specific sexual pheromone that attracts flying flies at a distance.

During this work, the researchers discovered that they themselves could distinguish between odours from males and females. This led to a minor side study, which is now rewarded with the 2018 Ig Nobel Prize in Biology. In this study, a sensory panel was used to investigate how the human nose responds to odours from vinegar flies. It turned out that a few nanograms of pheromone was sufficient for us to distinguish male and female flies. This means that a single female ending up in a glass of fine wine will ruin the wine.

At the ceremony at Harvard, four of the eight researchers who share the prize were present, among them Peter Witzgall and Paul Becher from the division of Chemical Ecology at SLU's Department of Plant Protection Biology in Alnarp. In the study that led to the article "The scent of the fly", several other current and former employees at the department participated, as well as researchers from the Mid Sweden University, Staatliches Weinbauinstitut in Freiburg, Germany, and the Colombian Corporation of Agricultural Research in Bogota, Colombia.

"The Nobel Prize has a long tradition in Cambridge / Boston, where both Harvard and MIT are located, and four real Nobel Prize winners participated during the ceremony. It is therefore both fun and serious", greets Peter Witzgall.

"The sensitivity of the human nose to this substance suggests that it must be of great importance to us," adds Peter. "I hope that ongoing research will tell us why".

The Ig Nobel is a parody of the Nobel Prize, awarded every autumn to celebrate ten unusual or trivial achievements in scientific research. Since 1991, the Ig Nobel Prizes have been awarded to "honor achievements that first make people laugh, and then make them think." 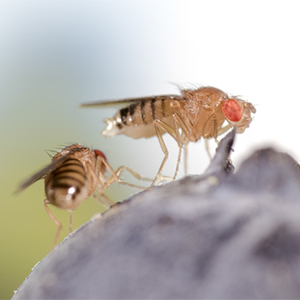 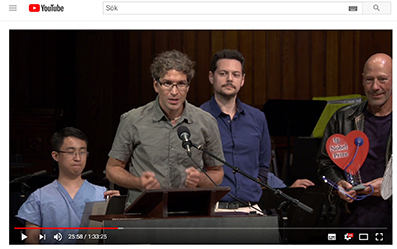 Paul Becher at the microphone and Peter Witzgall holding the prize.