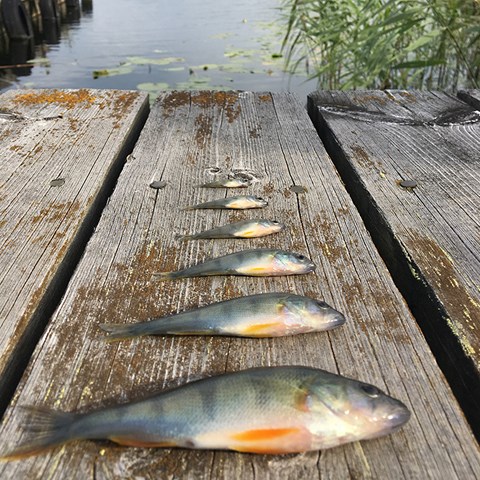 Warming and browning are ongoing processes coupled to climate change, with potentially severe consequences for lake ecosystems. In a new study, SLU researchers now show how the combination of warming and browning of lakes affects fish production.

Using a large gradient of 52 Swedish lakes with different mean temperature and water colour, the results show that warming and browning are likely to have a negative effect on fish biomass production, stronger than caused by increased temperature or water color alone. The decrease in fish biomass production in warm and brown lakes occur through different pathways. Warming reduces population biomass and induces a shift towards increasing amount of smaller and younger individuals in the population. Browning instead leads to slower body growth, of especially large individuals.

The study recently published in Global Change Biology shows that it is necessary to account for multiple climate stressors as well as both individual- and population level responses to understand and predict shifts in fish production in a changing climate.  Based on these observations from Swedish lakes, the study predicts that further climate change will lead to lower fish production. This has important consequences for future ecosystem functioning, fisheries, and food security.