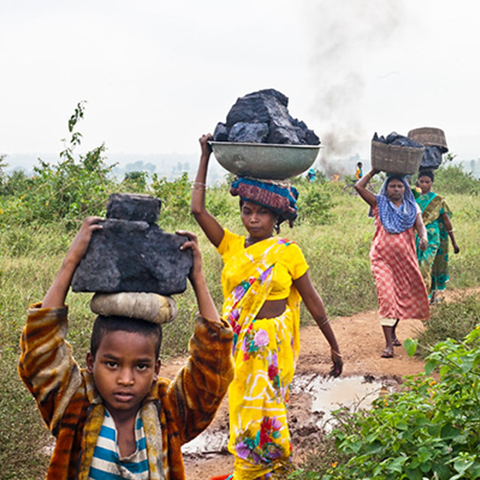 This research project engages coalfield communities in India to develop a replicable framework for a just energytransition that is participatory, bottom-up and socially inclusive.

In many parts of the world, including Europe, the necessary phasing out of coal is taking place, but at the same time other countries - such as China and India - have continued to increase their coal use despite access to cheaper, renewable energy.

India is today the world's second largest coal producer and coal enables a nationally secured electricity supply. In addition, millions of people in India's mining fields live directly and indirectly on coal mining and their opportunities for other livelihoods are limited not only by a lack of other jobs, but because they lack the right training and support to switch to other fossil-free jobs.

The consequences of a drastic closure of coal production thus currently appear to lead to dramatically increased inequality in India's central and eastern states, which currently lack alternative income opportunities compared to other parts of India with strong industry and an internationally recognized IT sector.

The project is collaborating with partners in the state of Jharkhand to listen to different perspectives on what a fair transition can mean for different groups in the coal fields, and what opportunities they see personally and for their families to switch to fossil-free lives.

By listening to how residents of India's coal field view the possibilities for a phasing out of coal where their views and needs are included, this research project wants to develop a replicable framework. The framework can support a fair transition to new forms of energy but also new life opportunities for poor rural residents as part of a future closure of the coal industry in central and eastern India, but can also be used in a number of other contexts in the global south. poor rural residents with very limited opportunities for state support.

The framework can also lead to better dialogues in international forums that seek clearer links between living conditions in rural areas and long-term sustainability in the fossil-free societies of the future. 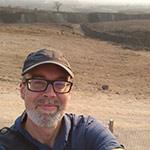 Read more about Patrik Oskarsson on his CV page

Send an e-mail to: patrik.oskarsson@slu.se