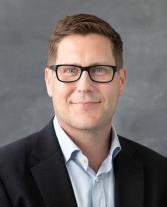 I work with development and application of in vitro bioassays to study how chemicals can interact with molecular targets leading to adverse outcomes in organisms. The established methods are of relevance for risk assessment of environmental pollutants both for human health and for animal health.

I work with the development and application of methods based on the 21st century toxicology-strategy to perform effect-directed analysis of environmental samples or to screen single compounds for bioactivity.

Traditional animal toxicity testing has been challenged in this century to shift towards toxicity pathway-based approaches for a more efficient evaluation of large number of chemicals and a better understanding of the mechanisms behind toxicological effects. The toxicity pathway describes what is happening in a cell when it is exposed to a toxic substance. This includes the molecular interaction between the chemical and the biological target, and the cellular defense mechanisms triggered by the toxic substance. This strategy is often referred to as 21st century toxicology. Cell-based in vitro assays are of great value for studies of toxicity pathways. These in vitro models enables us to measure the initial molecular effects of a low-dose exposure of a chemical on the biological system, which can be used for prediction of toxicity, rather than more proximal end-points after often unrealistic high-dose exposure, which are used in regulatory animal studies.

Pollutants in water – an environmental and health problem of great concern

Environmental pollutant contamination is an emerging problem in the context of both drinking water and field water. Field water is contaminated by e.g. pesticides, industrial chemicals, pharmaceutical products, and chemicals from consumer products. The problems with environmental pollutants in water is addressed in four different national environmental quality objectives; a non-toxic environment, good-quality groundwater, flourishing lakes and streams, and a balanced marine environment and flourishing coastal areas and archipelagos. Today, most environmental monitoring of drinking water and environmental water is conducted by chemical analysis. This strategy has major disadvantages; it is expensive and time consuming, it can only detect known substances, it does not necessarily correlate to toxic effects, and it is very difficult to assess mixture effects. Our research aims to establish a battery of new test methods that would allow us to assess the total toxic activity in a large number of water samples to a moderate cost.

Effect-directed analysis is based on the idea that the biological effect of an environmental sample is a trigger for further chemical analysis. If a certain sample lack toxic potential, the need for chemical characterization of that sample is low. If a sample on the other hand exert toxicity, it is prioritized to use integrated chemical and toxicological profiling of the sample to understand which compound(s) that are causing the toxicity. Effect-directed analysis can also be used to identify previously unknown toxic compounds, preferably by fractionation of the sample and integrated chemical and toxicological profiling of the fraction(s) that carries the toxic potential, including non-targeted chemical analysis. The principle of effect-directed analysis shows great promise for future environmental monitoring efforts and the field is rapidly expanding internationally.