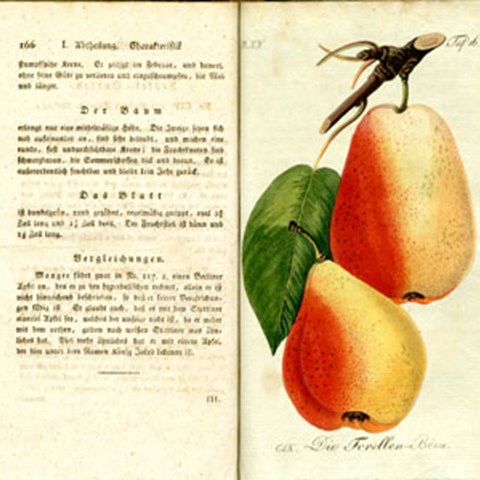 The Örtengren Collection is a collection of books, mainly in the field of pomology, fruit growing, and related subjects, once owned by the business man Sven Helmer Örtengren.

Sven Helmer Örtengren (1852-1922), who was a wealthy man, was very interested in fruit growing. In 1888 he bought an estate in Österlöv near Kristianstad and laid out a considerable orchard. He also also built a mansion called Helmershus.

The orchard at Helmershus was widely known, and in the beginning of the 20th century it was said to be the largest in Sweden. Apples, pears and plums were some of the fruits that was grown.

Örtengren built up his library during the period 1895-1915. The collection, today occupying 40 meters of shelf space, mainly consists of books, but also a number of journals. The oldest books are from the 16th century. German literature is predominant, but there are also Latin, French, Dutch and Italian works, among others.

Some time after the death of Örtengren, the collection was bought by Swedish Pomological Society, which in 1933 donated the collection to Alnarp Agricultural, Dairy and Horticultural Institute.