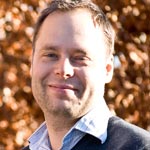 My research and teaching interests revolve around theories related to resource governance and rural development. I study how people organize around natural resources and act in relation to changing political landscapes, new environmental conditions, and investigate how this impinges on resource governance and access. Currently I am engaged in research in three interrelated themes: Institutions and resource governance, hydropolitics and large scale land transactions, and the role of commons for understanding broader rural development processes. Recently I have also developed an interest in exploring issues related to scale in agriculture and issues connected to the so called back to nature movement. My research and teaching interests are interdisciplinary in character and embrace perspectives found in political ecology, anthropology, agrarian history and rural sociology.

Within the broad scope of rural development studies, I have taught and developed courses for more than 15 different courses at both undergraduate and graduate levels for e.g. the Master’s programme in Rural Development and Natural Resource Management, the Agronomy programme in Rural Development and in PhD courses offered at the Department. I am presently involved in teaching and coordination for the following courses:

1. Institutions and resource governance
In my research I investigate how institutions contribute to the management of natural resources (water, land, forests) and their transformations for the understanding of broader processes of rural change. Building on insights from ‘critical institutionalism’ supported by ethnographic data I explore how institutions for resource governance emerge and transform. In this stream of work I engage with theories of governance and participation, their interpretation in policy and practice to explore how resource governance arrangements co-evolves through both processes of reinvention and contestation and how different forms of micro level participation operate within and possibly transform the overarching institutional structures (c.f. Sandström 2000, 2006, 2008, 2011, 2012). Empirically my research spans over different rural resource governance contexts (water, forestry, agriculture, carnivore management and nature conservation) in both the global South (East Africa and Nile Basin) and the global north (primarily Sweden).

2. Hydropolitics and large scale land transactions
In this body of work I bring into critical scrutiny the relationship between land, water and energy to explore the transboundary water dilemmas of large scale land acquisitions in particular the Nile River Basin (Sandström, 2016abcde).  I study how large scale land- and energy investments restructure and impinge on rural areas and its broader hydro-political ramifications. Special attention is given to how large scale land acquisitions by both foreign and domestic investors affect already strained transboundary water relations and how land transactions are intertwined within wider context of Nile basin history, economy and broader authorative discourses across geographical and administrative scales.

3. Commons and commoning
A crosscutting theme in my work is a concern for understanding how commons work and reproduce in time and space, both as arenas for contestation and as spaces/places for collaboration and identity production.  In my research on commons I often combine historical with contemporary perspectives and highlight the co-evolutionary nature of the commons from a perspective of longue durée (Sandström 2008, 2013 and 2017). In my recent research on the commons I elaborate the concept of commoning and highlight commons as process that is constituted in the general reproduction of the community emphasising the blurred nature of the commons, as not only comprising a set of property relations vis-à-vis natural resources but also as associational practices around specific places that are managed collectively regardless of their juridical form. Seen from this perspective, commons are not only juridical and economic resources, nor only resources that people “compete/struggle” around, but also important social resources that bind people together in a place for a common purpose[1]. Conceptualizing commons in this way enables to explore/understand not only resource dilemmas but also how specific places and identities are constructed (Sandström, 2017).

My work on commons and commoning intersects with both the institutional and resource governance theme and the hydropolitics and land transaction theme. For example in my detailed study on how institutional arrangements for local resource governance in nature conservation contexts evolve in villages in Sweden over time (Sandström, 2008) or how large scale land transactions and hydropower investments both facilitates and complicates effective commons management in the Nile Basin (Sandström 2016a,b,c,d) or how new forms of resource governance in carnivore management changes the conditions for reindeer herding on the pasture commons in the north of Sweden (Sandström, forthcoming).

Although my own research primarily is grounded in social sciences I also work closely with colleagues from natural sciences exploring issues related to for example farmers perception and changed practices in relation to climate change (Sandström, 2016g) and the role of scale in agriculture and its farmland biodiversity implications (Sandström, 2016f).

3.      The role of communicative capacities in the development of dynamic and legitimate management of mountain resources in Sweden  (Funded by the Swedish Environmental Protection Agency)

Besides teaching and research in the subject fields of natural resource governance and rural development, I have worked with research based assignments and commissions in different capacities and for different organisations e.g. the Swedish Environmental Protection Agency, Sida, the Ministry of Foreign Affairs, County Boards etc

I supervise and act as an examiner on a regular basis for master and bachelor thesis in the field of rural development and natural resource governance.

New article: “Commoning in the periphery – The role of the commons for understanding rural continuities and change”. https://www.thecommonsjournal.org/articles/10.18352/ijc.729/