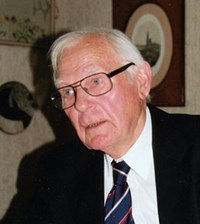 By the Swedish government appointed expert in the Council of Europe Committee for farm animal welfare 1971-1998; President of Council of Europe´s Standing Committee for Farm Animal Welfare 1976-1986, vice president 1986-1998; Member of Animal Welfare Advisory Board at The Swedish Board of Agriculture 1973-1998; The government's representative in Skara Cathedral Chapter 1973-1992; Board member of the Swedish Veterinary Association 1976-1980; President of the International Society for Applied Ethology (ISAE) 1984-87; President of the International Society for Animal Hygiene (ISAH) 1986-1989; Chairman and liaison officer in the FAO sub network "Animal and Human health" within the FAO-network "Waste handling" 1976-1990; Vice president of the Commission for Management and Health in the European Association for Animal Production (EAAP) 1986-94;

Member of The international evaluation commission for Wageningen University 1991-1993 and of Editorial boards for scientific journals, e.g. Applied Animal Ethology.

Ekesbo carried out from 1960 a research project to analyse with epidemiological methods the effect on animal health by different environmental and management factors. This meant that farm animal epidemiology was introduced at the Vet. College The projects later carried out by him and his research group were the beginning of modern animal hygiene, epidemiology, farm animal ethology and animal welfare research in Sweden. The staff have always kept a close connection to veterinary practice, through which many clinical problems which have arisen parallel with the radical changes in animal husbandry have been early scientifically elucidated. At the same time ethological methods were elaborated and put into practise.

His and his staff´s commitment to ethological and animal welfare research led to the establishment of a chair in farm animal ethology and one in animal welfare at his department.

Under the supervision of Ekesbo a number of PhD and licentiate's dissertations have been published.

Ekesbo has published more than 200 scientific and great number popular scientific papers within the fields of animal hygiene, epidemiology, ethology and ethics in animal husbandry. He has written a Swedish textbook on Animal hygiene which came out in nine editions. In 2011 he published the textbook "Farm animal behaviour – characteristics for assessment of health and welfare". A revised edition will be published in 2018 together with prof. S. Gunnarsson.