The purpose of NordCAW is to facilitate communication regarding animal welfare between science, authorities, primary producers and a wider public in the Nordic countries.

NordCAW was started by the Animal Welfare Centers in Denmark, Finland, Norway and Sweden. Since then it has expanded to include also other Nordic countries such as Iceland, Faroe Islands and the Baltic states Estonia, Latvia and Lithuania. Its mission is to communicate Nordic Animal Welfare within the Nordic and European hemisphere. 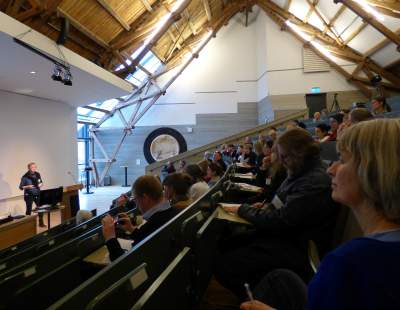 NordCAW hosted a conference that combined two topics seldom linked together: animal welfare on individual level and wildlife on population and species level.

Program for the seminar.

Recording from the conference.

Read a blog about the wild animal welfare seminar.

NordCAW hosted a seminar on Fish farming and Animal Welfare in Oslo 15 November 2018.

Recording from the conference.

Recordings from the conference.

(You need to have Silverlight downloaded on your computer.)

How European Union Reference Centres for Animal Welfare could be organized.

NordCAW hosted a seminar the 1th of December 2016 with the theme "How European Union Reference Centres for Animal Welfare could be organized".

NordCAW hosted a seminar on different aspects on communication in animal welfare, 24 November 2015, in Uppsala.