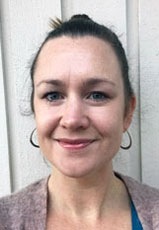 I am a researcher in animal welfare specializing in animal behaviour, cognition and emotion at the department of Animal Environment and Health.

I was born in the Netherlands and completed an MSc degree in Animal Sciences (major in ethology and minor in animal breeding and genetics) at Wageningen University. My MSc degree made me realize how little we know about animals' subjective mental states and the underlying neuro-physiology. I decided to do a PhD degree at the University of Waikato in New Zealand, where I could further develop my research skills. After completing my PhD degree I continued my research at CSIRO in Armidale, Australia before moving to Sweden in 2014.

I am interested in studying animal behaviour, cognition, emotion and physiology to assess welfare in a range of different animal species. My PhD research focused on feeding motivation, its underlying endocrinology and the relationship with welfare in sheep. My postdoctoral combined different behavioural, cognitive and physiological measures of emotions with pharmacological approaches to better understand animal cognition and emotion in relation to HPA-axis functioning.

My research at SLU extends my previous research and in one project I am now investigating behaviour, cognition and HPA-axis responding in pigs in relation to the gut microbiota. In another project I am working on developing novel ways to assess the emotional states in dogs, focusing on dogs with separation anxiety.