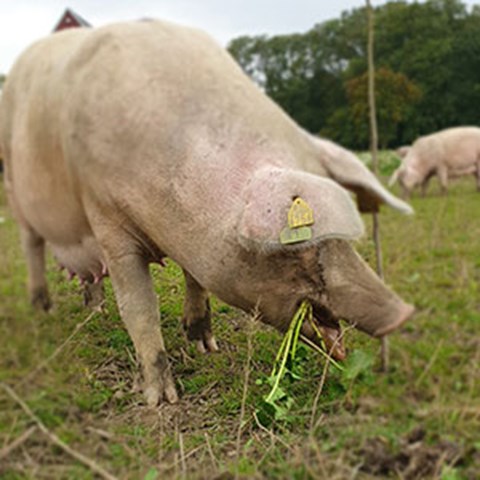 Ley crops can to some extent replace other protein sources for pigs. The ley has positive effects in the crop rotation, but there is little knowledge about feeding silage to pigs. In what form should it be fed? How does it affect growth, behaviour, fertility and production economy? In a recently granted project from Formas, we will be able to study this during four years.

Evaluating green protein from ley crops to monogastric animals is interesting and is ongoing in several research projects in Europe. In this project, we will focus on evaluating the inclusion of silage in diets to pigs, as it is of interest to evaluate how to utilise the ley at farm level.

The aim of the project is to evaluate the usefulness of grass/clover silage as a locally grown feed resource in organic pig production. Limited access to high quality organic protein feed makes it necessary to find and evaluate alternative feed sources for organic pigs. Ley crops also gives the pigs an increased opportunity to perform natural behaviours and there are studies showing that the gut microbes are involved in the development of both nervous system and brain. A fibre-rich diet can thus reduce both stress and illness among the pigs. In the granted project, an overall approach is taken to the question of increased utilisation of ley crops in diets to organic pigs. 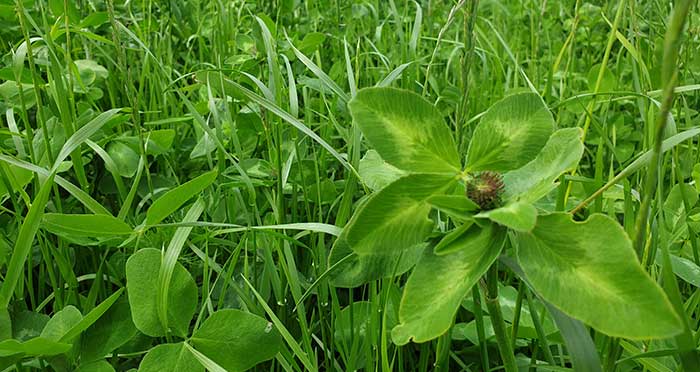 We will evaluate in what form the silage should be fed and how it can be applicable in practice, how well the pigs can utilize the nutrition and how it affects production, fertility, behaviour and Nitrogen excretion in the manure. We will also investigate how the production economy is affected by the increased use of ley crops. Our expectation is to be able to give clear and safe recommendations to farmers and advisers and to promote the development towards more locally and sustainably produced feed.

The specific parts of the project include:

1. Pre-treatment of ley crop silage on pig performance and behaviour.
2. The N use efficiency at pig and farm level and environmental impact of N in faeces and urine and influence
on NH losses at high dietary inclusion of ley crop silage to pigs.
3. Relationships between ley crops diets, pigs' explorative behaviour and the microbiota-gut-brain axis.
4. The metabolism and biological effects of phytoestrogens in sows fed red clover silage.
5. The farm level economic effects of introducing ley in the feed regimen in piglet and slaughter pig
production and to account for the structural differences between those two production types.