Researcher at the Department of Biosystems and Technology, animal group.

I have a Masters degree in Agrobiology and a PhD in Animal Science and work mainly on research questions related to animal housing, behaviour and welfare. I am interested in how animals perceive and interact with their physical and social environment. My research focus is in particular the motivations of animals and their cognitive capacities, which I aim will ultimately improve the housing systems and management, as well as enhance the enjoyment of humans and animals working/living together.

I am a member of international societies  within my area of research (e.g. ISAE and ISES) and I also collaborate with various private companies in my work.

I am situated at SLUs campus in Alnarp.

I have a huge passion for nature and animals and use most of my spare time hiking and photographing.

I am engaged in various research projects concerning animal housing and animal welfare including pigs, cows, poultry and horses. The basis of my research is studying interactions between the animals and their housing systems in order to optimize the systems and the management routines for the behavior and motivations of the animals while also considering the human and environmental perspectives. All in all this ensures animal welfare and an efficient and competitive production. 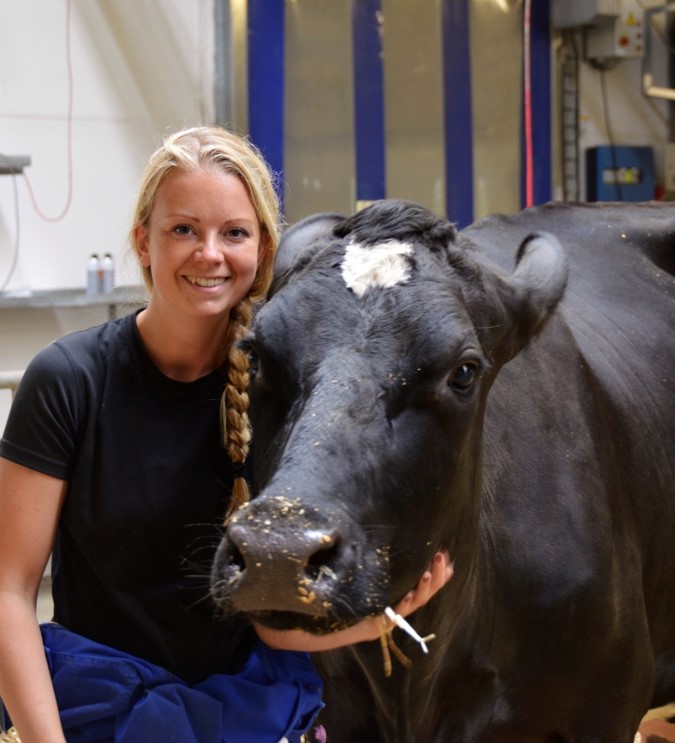 Many frameworks have assessed the ultimate and ontogenetic underpinnings in the development of object permanence, but less is known about whether individual characteristics, such as sex or training level, as well as proximate factors, such as arousal or emotional state, affect performance in these tasks. This study investigated horses’ performance in visible and invisible displacement tasks and assessed whether specific ontogenetic, behavioral, and physiological factors were associated with performance. Horses performed above chance level in the visible displacement task only. In the invisible displacement task, the group performed significantly worse than expected by chance indicating that horses persistently chose the side where they had last seen the target. None of the individual characteristics included in the study had an effect on performance. Unsuccessful horses had higher heart rate levels, and expressed more behavior indicative of frustration, likely because of their inability to solve the task.

Highlights a) This study seeks to investigate if horses can learn to solve an instrumental task of opening a box, by observing human demonstration. We control for social transmission mechanisms, which require lower cognitive complexity than actual social learning.
b) Horses watching the full and partial demonstrations were not more successful in solving the task than horses receiving no human demonstration. Horses that were unsuccessful showed more human- and box-oriented behavior than successful horses, which can indicate motivation to solve the task and/or frustration from being unable to solve the task. Our study suggest that the horses did not benefit from human demonstration of how to open a box to find food.

Highlights: a) Horses and humans share the five most common sensory modalities, however, their ranges and capacities differ, so that horses are unlikely to perceive their surroundings in a similar manner to humans.
b) This review aims to provide an overview of the current knowledge on the sensory abilities of horses. The information is discussed within an evolutionary context and also includes a practical perspective, outlining potential ways to mitigate risks of injuries and enhance positive horse-human interactions.
Media: see the interview with Andrew McLean in the FB group: “Coffee with horse lovers”, and a written interview in the Danish horse magazine “Ridehesten” in the dec 2020 volume.