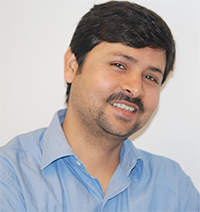 Fungi causing diseases on crop plants have traditionally been controlled by chemical measures. Biological control of plant disease is an attractive alternative to fungicide use for managing plant diseases and sustainable crop production which is expected to play an increasing and important role in the future both in ecologically farmed crops and in integrated pest management.

1) I am interested in working on fungal biocontrol agents Trichoderma atroviride and Clonostachys rosea and their interactions with fungal plant pathogens  and host plants to understand the biocontrol mechanisms of plant diseases.

Small RNAs (sRNAs) are noncoding RNA, often ranging in size from 19–40 nucleotides, play a variety of roles, including gene regulation, chromatic modification, and genome integrity via a process called RNA interference (RNAi). Recent studies show the role of sRNAs in interspecies communication between closely interacting parasitic, pathogenic and symbiotic organisms. In addition, sRNAs can move horizontally between species and influence the biology of recipient species by regulating gene expression through targeted gene silencing. This cross-species gene silencing has recently been exploited to control certain plant pathogens by exogenous application of dsRNAs and sRNAs targeting genes in pathogens essential for disease development. Small-RNAs application in controlling plant disease is an emerging method, which can be used extensively to develop RNAi-based strategies for future crop protection

My current research is focussed on to

i) characterise the RNAi machinery and its biological functions in biocontrol fungus Clonostachys rosea,

ii) identify if, or to what extent, sRNAs are key determinant of parasitic fungus-fungua and beneficial fungus-plant interactions and if so their potential target genes in interacting organisms (Trans-species RNAi)

Secondary metabolites are important for ecological and evolutionary adaptation of fungi. Our recent aim is to investigate the biological functions of genes related with secondary metabolites in Clonostachys rosea, with emphasis on their role in biotic interactions with relevance for biological control of fungal plant diseases.