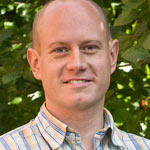 Per works as Project Manager at the Swedish Centre for Nature Interpretation.

Per has worked at the Swedish Centre for Nature Interpretation (SCNI) since the centre started its activities in 2008. He works with areas such as: interpretive planning; naturum; national parks; networking; and training of guides.

Per has a major interest in inspiring people to visit nature. Outdoor recreation is one of his main interests.

Per holds lectures at courses and seminars.

Per is certified within the European heritage interpretation organisation Interpret Europe to hold guide training. He is Certified Interpretive Trainer (CIT).

He has a Master of Science (MSc) in Rural Development from the Swedish University of Agricultural Sciences (SLU) and a Bachelor of Science in Political Science from Mid Sweden University. In addition to these educations he has studied Agrarian History, Biology, Graphic arts and design, several languages and Environmental courses. Per has also studied and worked in Vietnam.

Before working at CNV, he worked at the County Administrative Board in Uppsala county with issues concerning management of pastures, haymaking meadows och forest pastures. Before that, he worked at SLU with Environmental Communication during four years, dealing with management of outdoor recreation and nature conservation conflicts near urban areas. At SLU he also worked with issues on how to communicate biological diversity with the public. Per evaluated also different ways of cooperating in nature conservation and agriculture. He educated in project and process management. At SLU Per has also worked at the Swedish Centre for Environmental Impact Assessment.

Per has studied the Mountain and Wilderness Guide Course at Malung Folk High School in accordance to the education norm of the Mountain Safety Council for mountain guides. He is also educated to närnaturguide and Linnépath guide and is involved in the association Nature Guides of Uppland. In addition to the tasks at CNV, he works as a guide at STF and has worked as mountain guide at the STF mountain station Storulvån.