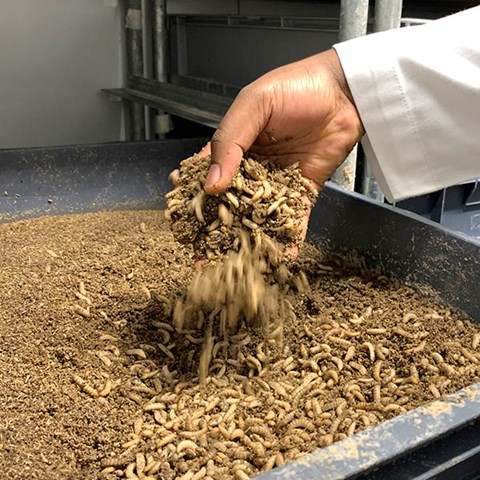 Can one small fly help us solve three big problems? Researchers at SLU and the International Institute of Tropical Agriculture in Benin think so! The Black soldier fly lives naturally in tropical areas and the larvae feed on decomposing organic material. And that is exactly why they are useful for us.

Sustainable bio-waste management is becoming a major concern in developing countries that generate huge amounts of waste with few disposal options. In Benin for instance, organic waste from slaughterhouses, markets and households often ends up in nature or landfills. Growing piles of waste is an environmental problem. Black soldier fly larvae offer a promising solution that can help us improve waste management in our cities.

By feeding on organic waste the larvae build their biomass into protein and dietary lipid which can be used to make nutrient-rich, low-cost feed for livestock. Another advantage of this process is the residual waste generated by the larvae at the end of the treatment. Commonly called frass, this residue is the main by-product from the fly larvae composting technology and can be used as organic fertilizer for sustainable agricultural production.

There are on-going research and breeding of this fly in both Benin and Sweden. At SLU in Uppsala there are two containers. In here it is as hot as in the tropics - a big difference to the autumn outside. These flies cannot survive in the Swedish climate.
In one, the larvae live in boxes with different types of organic waste, leftovers from cucumber cultivation, fruit (they have chosen fruits found in Benin such as orange and watermelon) and mussel shells. In the container next to it, fully developed flies live in larger nets where they lay eggs. They have a life cycle with different larvae stages. The first ones are smaller than rice grains. In Benin there is a bigger fly farm that will be developed through the project. 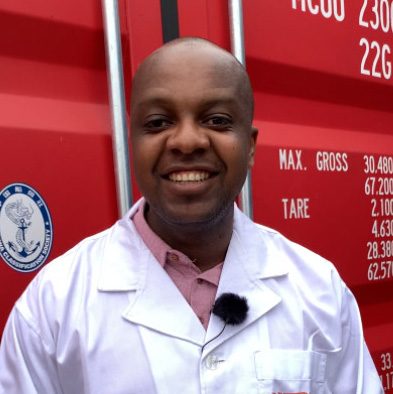 “Our plan is to introduce  to smallholder farmers across west and central Africa this technology, so that they can learn how to use this wonderful fly  to manage their biowaste and produce feed for their livestock on a local scale.”, says Daniel Dzepe, consultant  from IITA-Benin, that recently visited SLU in Uppsala.

The research on fly larvae composting at SLU is lead by Cecilia Lalander, part of the Environmental engineering team at SLU. This project is led by Laura Riggi, expert in insect ecology at SLU with a special interest in insects as food and feed. Several researchers in both Benin and Sweden participate in the project.