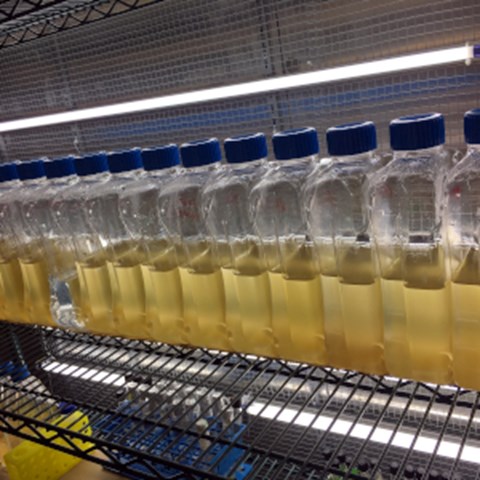 Phytoplankton produce half of the oxygen that we breathe and are key players in the ocean food web and the global carbon cycle. This project will increase our understanding of the interactions between phytoplankton and heterotrophic bacteria and quantify carbon fluxes between these two organism groups.

Half of the carbon fixed by the phytoplankton is directly transferred to heterotrophic bacteria, making it a pivotal step in the global carbon cycle. Climate change and the consequent increase in ocean temperatures affect all metabolic activities, and therefore understanding of these carbon transfers is of emerging importance. Yet, the mechanisms of the carbon cycle are not well known due to previous methodological limitations, and the identity of most of the released carbon metabolites and the transfer to heterotrophic bacteria still need to be quantified.

By using a combination of genetic methods such as metabolomics and transcriptomics, this project aims to uncover and study interactions between phytoplankton and heterotrophic bacterial, and to quantify carbon fluxes between these two critically important food web components. In doing so further insights about plankton dynamics and carbon fluxes will be gained, and our ability to predict cycling of nutrients in the marine environment will be improved.

Four major hypotheses will be tested:

The project is a collaboration with Professor Mary Ann Moran at the University of Georgia-Athens.