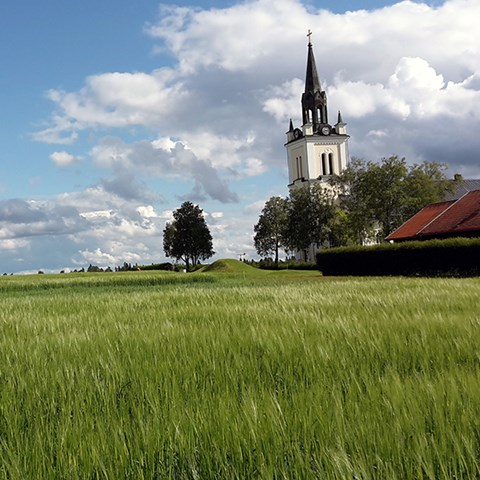 We have field experiments at Umeå (Röbäcksdalen) in Västerbotten. Experiments are also being carried out in partnership with the Lantmännen Lantbruk plant breeding station at Lännäs in Västernorrland, together with Jämtland County Institute for Rural Development in Jämtland (Ås) and with the Swedish Rural Economy and Agricultural Society in Norrbotten (Öjebyn).

The original aim of the experiments was to investigate the effect of monoculture cropping on the yield, quality andvitality of the most important crops in Northern Sweden. An important question was to compare monoculture of ley, which was rather common when the experiments started, with a more varied crop rotation. Another important question was how a system without animal production would function in Northern Sweden. In order to replicate conditions on the farm, the amount of manure added was linked to the amount of forage produced in the different systems.

In 1987 the experiments were simplified so that the
greatest emphasis was on the effect of the crop rotations on the soil. At the
same time the crops were changed, so that rye, peas, peas/mixed cereals, swedes
and carrots were replaced by barley and potato in the crop rotation. The
experiments were originally at four locations: Röbäcksdalen (from 1958), Offer
(from 1956), Ås (from 1955) and Öjebyn (from 1957). The experiment in Öjebyn
was terminated in 1967, and since 1994 the only remaining experiment is that in
Offer.