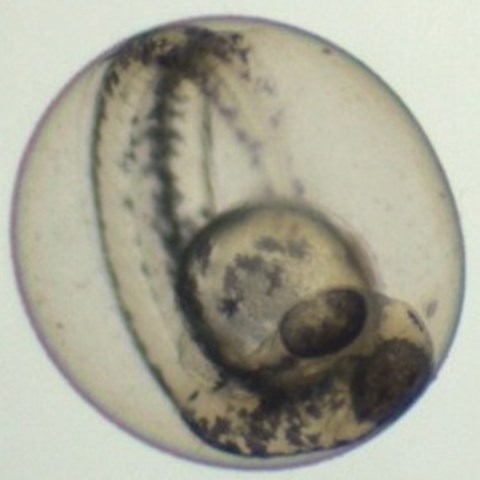 Perfluorinated alkyl acids (PFAA) are broadly used in industrial products such as surfactants, ﬂuorinated polymers, coatings or ﬁre-resistant foams. They are extremely persistent and have globally been detected in the environment, animals, humans, and even in the human fetal brain.

This means that PFAA are able to cross the placenta and the blood-brain barrier and may impact on brain development during a very vulnerable window. Indeed, prenatal exposure to PFAA has been associated with neurodevelopmental disabilities along with effects on immunity, the cardio-metabolic, thyroid, renal system, and on puberty onset in children. Yet, mechanisms underlying developmental neurotoxicity of PFAA are poorly understood, partly because of the lack of suitable test models.

The zebrafish (Danio rerio) embryo model has emerged as an important alternative to mammalian models to study developmental neurotoxicity. Benefits are that effects on physiology, development and behavior can be assessed cost-efficiently and rapidly. Mechanisms of neurodevelopmental effects can be studied, because main parts of the brain develop until 120 hours post fertilization and the development of neuronal structures is highly conserved between mammals and zebrafish.

Our study aims at investigating whether the two dominating PFAA contaminants in the environment, PFOS and PFOA, potentially alter neurological processes during development. To this end, Carolina Vogs and Joëlle Rüegg will analyze early alterations on gene transcriptions in brains of PFAA exposed zebrafish embryos. We hypothesize that two different gene expression patterns will be identified because of their different distributions in the embryo; PFOS tends to accumulate much more in the embryo brain compared to PFOA, which is in agreement with reported accumulation in human fetal brains and opposite neurobehavioral effects in zebrafish embryo. A long-term goal with this study is to improve chemical hazard assessment of developmental neurotoxicity using the zebrafish embryo model to prevent harmful effects in the human population. 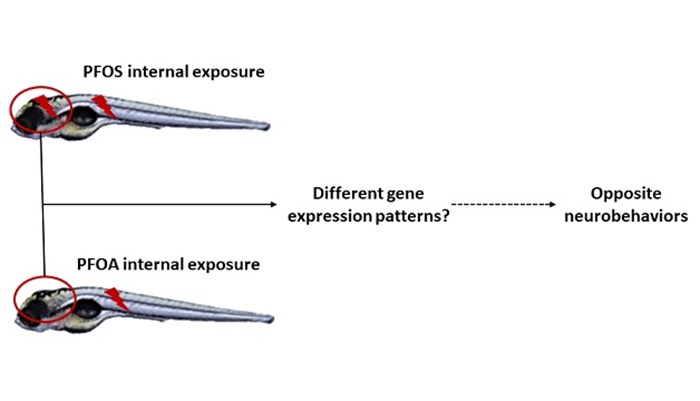