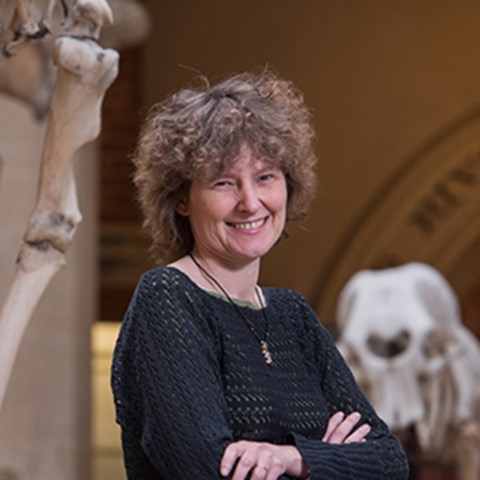 Eleanor J. Milner-Gulland has been appointed Honorary Doctor of Forest Sciences by the Faculty of Forest Sciences. She is a renowned authority when it comes to sustainable management of natural resources and the preservation of endangered species.

Eleanor J. Milner-Gulland is professor of biodiversity at the Interdisciplinary Centre for Conservation Science at the University of Oxford since 2015. Before that, she was professor of conservation science at the Imperial College London, where she defended her doctoral thesis on the exploitation of elephants, rhinos and saiga antelopes. She has published more than 230 scientific articles in peer reviewed journals, including Science and Nature.

Milner-Gulland develops methods that make it possible to understand and predict human behaviour in connection with the usage of local resources in developing countries. She also aims to find ways to make incentive-based solutions – such as payment for ecosystems services and biodiversity offsetting – more effective. Another interest of hers is the illegal wildlife trade; she designs, monitors and evaluates conservation interventions in order to improve their effectiveness. A particular passion is preserving the saiga antelope native to Central Asia.

Milner-Gulland is committed to a number of international foundations and organisations that work with biodiversity conservation issues in various ways and in different parts of the world. She regularly cooperates with the Department of Wildlife, Fish and Environmental Studies at SLU with issues concerning population ecology, animal migration and natural resource modelling in Central Asia – a cooperation which hopefully will intensify.