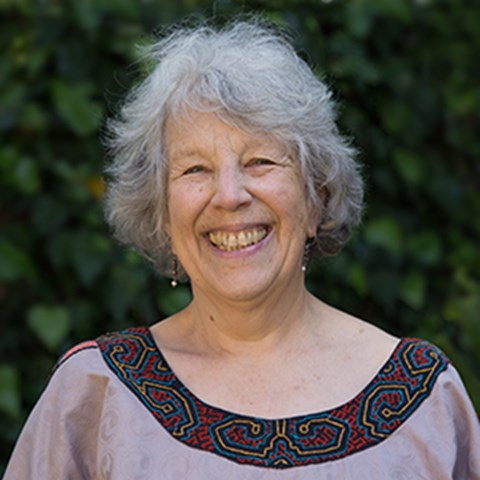 Louise Fortmann has been appointed Honorary Doctor at the Faculty of Natural Resources and Agricultural Sciences. She is a pioneer in the field of rural development, especially within participatory and interdisciplinary research, and she mixes science and practical applications in a unique way also in her teaching.

Louise Fortmann received her doctorate from Cornell University in 1973. Between 1984 and 2014, she was employed at the University of California, Berkeley, and is now an emerita professor.

She is a pioneer in the field of rural development, especially within participatory and interdisciplinary research. In her teaching, she mixes science and practical applications in a unique way.

Louise Fortmann encourages interdisciplinary working methods. In 2014, along with research colleagues and students on one of her courses, she wrote a well-cited article on how they acted to achieve better cooperation between academic disciplines.

She has published many scientific articles and has also been a member of several editorial boards for scientific journals. She was one of the first to introduce social aspects in dialogues among actors in forestry.

As a visiting researcher at SLU's Department of Urban and Rural Development 2015–2017, Louise Fortmann aided researchers in applying for research grants and she was an invaluable support in doctoral education. She arranged workshops and reading groups at the department and contributed to highlighting its research quality by reading article manuscripts and discussing them with the researchers.