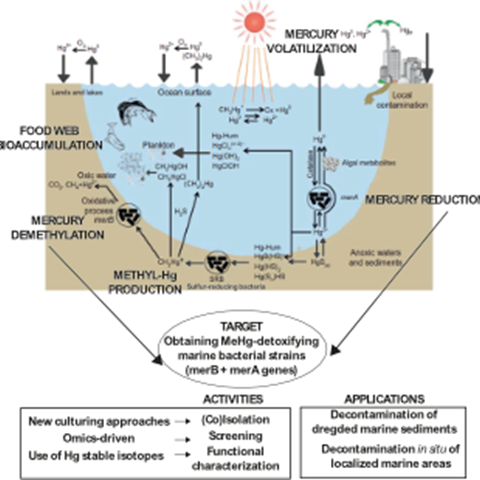 Project summary. Scroll down for a high resolution version.

MER-CLUB will assess the largely unexplored diversity of marine microorganisms capable of detoxifying mercury (in different forms) and study how these organisms can be used for cleaning up contaminated sediments.

A central component of the project is isolation of novel detoxifying marine bacterial strains and consortia (mixtures of bacterial strains) for their potential use in a clean-up system based on immobilized bacteria able to act on dredged marine sediments contaminated by mercury. This will be combined with genetic (metagenomic and metatranscriptomic) exploration of mercury contaminated coastal sediments from Spain and Sweden to discover new and abundant lineages with potential to transform methylmercury and inorganic mercury to less harmful and volatile forms for removal and capture.

Combined bioaugmentation (addition of bacterial cultures) and biostimulation (modification of the environment) strategies will be evaluated and scaled up, from experimental microcosms to a bioreactor pilot study. The clean-up system will serve as a proof of concept for further development and commercial implementation facilitated by strong stakeholder involvement.

The project is coordinated by the research institute AZTI in Spain in collaboration with SLU (Sweden), Pau University (France), CSIC and University of Barcelona (Spain), GMBU (Germany) and the bioremediation enterprise AFESA (Spain). 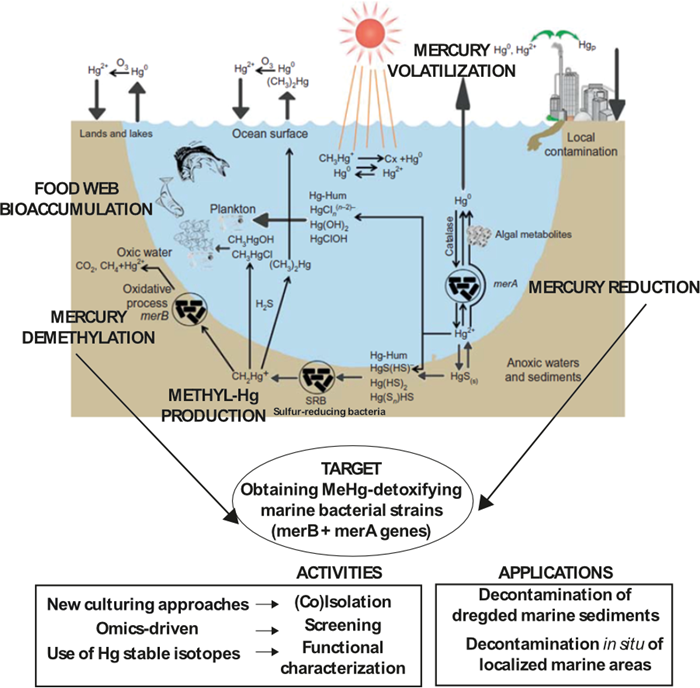 Summary of the mercury cycle in the environment, and the research project MER-CLUB.
Facts:
Contact
Stefan Bertilsson, Professor
Department of Aquatic Sciences and Assessment, Section for Ecology and Biodiversity