The genes of the black sheep 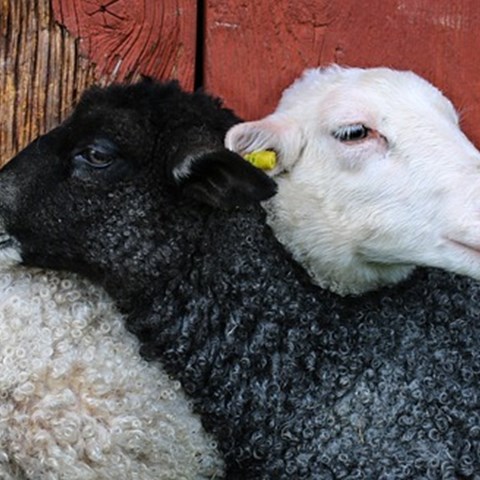 Several genes affecting the wool's colour in sheep are known. Two of these genes are examined in this project by reading the DNA letters of some Swedish sheep breeds. The two genes are ASIP and MC1R. We have at first chosen to study sheep with black, white or grey colour. The purpose is to identify which changes in the genes give black colour and grey. At the first stage we focused on finding the cause of black colour in Swedish sheep breeds. Grey has proved to be harder to explain so the work is still ongoing.