Automatic milking systems as a source of information for genomic evaluation 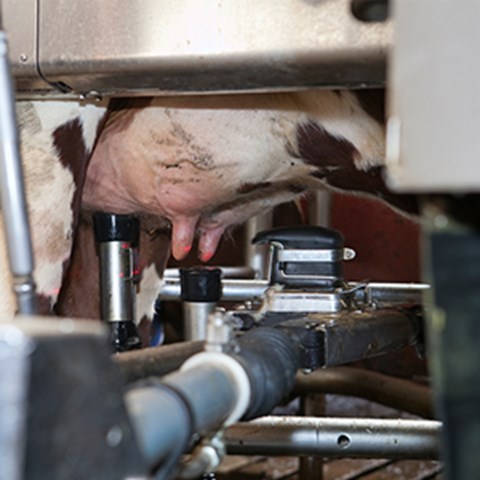 Genomic selection has led to a revolution of animal breeding because it means that we can select very young animals based on their genetic ability, estimated using thousands of DNA markers all over the genome. However, to estimate the effect of all these markers we need precise and frequent measurements. Lack of such measures maybe become a limitation to the full utilization of genomic selection.

At the same time as our possibility to get information on more and more DNA markers has increased, equipment for measurements and sensors are developing quickly, mainly to support farmers in their decision making. The aim of this project is to study how data from automatic milking systems (AMS) can be used to estimate genomic breeding values for udder traits, using teat coordinate data. The same principles may be used also for other automatic recording systems, e.g., for heat detection, and thus the project can be a basis also for genetic progress in welfare and reproductive traits.

The project is funded by: SLF