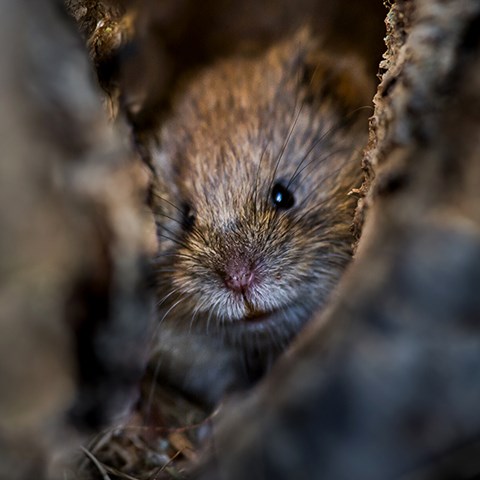 Diseases spread between animals and humans, so called zoonoses, are an increasing threat to public health. The recent outbreak of covid-19 caused by the coronavirus SARS-CoV-2 is one such example. The current pandemic has initiated a debate regarding the role of habitat degradation, decreased biodiversity and climate change for the outbreak of zoonoses. The discussions focus on disease outbreaks in Asia. However, we observe these relationships also in Sweden – not only in the future, they already occur.

Lyme disease, tularemia, leptospirosis, ebola, covid-19 and different hantavirus infections are examples of animal spread diseases. Nephropathia epidemica is a hantavirus hemorrhagic fever with renal syndrome occurring in Sweden and many other European countries. This hantavirus infection is a comparably mild disease, which can be asymptotic or cause flu-like symptoms, but it can also cause severe kidney failure that requires dialysis and in rare cases the disease can be fatal.

Our research group has studied different environmental factors that drive the outbreak of nephropathia epidemica in humans. We work with this disease due to its simplicity. The zoonoses consists of the virus (Puumala orthohantavirus) and a single confirmed host species: the bank vole, Europe's most common mammal. It spreads the virus to humans that get infected and fall ill.

The transmission of the virus occurs especially when humans get in contact with airborne virus particles from the feces and urine of bank voles; something that occurs in for example woodsheds, outbuildings, barns, cottages etc. The simplicity of the zoonosis and the relative commonness of the disease makes it a perfect model system in disease ecology.

In our studies, we use long time series from environmental monitoring (longest time series starts in 1971) of small mammals and their predators along climate and landscape gradients. These, we complement with targeted research projects. In our studies, we analyze bank voles to detect for example antibodies against the virus.

In different studies, we have shown that degraded habitats, e.g. clear-cuts and burnt forests – at least in short term – increase the risk for transmission of the virus among bank voles and from bank voles to humans. This is due to changes in the species composition among small mammals.

The bank vole is a generalist, i.e. a species that can cope in different habitats; everything from clear-cuts to old-growth forest. Typical small mammal communities in old forest in northern Sweden comprise different vole species (grey-sided vole, field vole), lemmings (wood lemming) and shrews. These other species prevent the virus from spreading among bank voles; either via competition or predation.

The field vole is competitively superior to the bank vole and can push away bank voles and reduce the contact among them. Shrews on the other hand can prey on newborn bank voles, which decreases the number of bank voles susceptible for infection. Both field voles and shrews can therefore reduce the proportion of infected bank voles.

These Swedish examples illustrate the protective effect of biodiversity against transmission of pathogens among host animals. The phenomenon is called dilution effect – the richer the animal communities, the lower the risk for pathogen transmission.

Also habitat quality is important for the survival of the virus. In years with only few voles, the infected ones mainly survive winter in old forest that is rich in protection against predators (e.g. dead wood and large stones) and food (e.g. blue- and lingonberry). In years with many voles, the proportion of infected bank voles is however higher in disturbed forest habitats compared to old forest. This results in higher infection risk in the latter ones. Landscape structure, e.g. the area of clear-cuts and old-growth forest and how different forest habitats are distributed in the landscape, is therefore important for pathogen transmission.

Also the predators of voles affect pathogen transmission by selectively preying on bank voles that are infected by the Puumala orthohantavirus. This is a phenomenon that we most recently also have detected for tularemia infected bank voles.

Our studies focus on Tengmalm's owl that is specialized on voles. Tengmalm's owl has however severely declined during the last decades and that decline coincides with an increased proportion of hantavirus infected bank voles. In a most recent study, we have identified an early warning system with Tengmalm's owl and tularemia infected bank voles cached in owl nest boxes. With such a system, tularemia outbreaks can be detected in time, so that authorities can implement risk alerts to the public.

For the hantavirus infections in humans, we see a clear link between winter conditions and the risk for humans to fall ill: the more rain during winter, the more human cases.

The underlying cause is so far unknown, but at present, we study if rainy winters result in bank voles moving indoors. In a rainy winter, when an ice layer instead of fluffy snow covers the soil surface, bank voles have trouble to find both protection and food. This, they can find instead in woodsheds, summer cottages etc.

Like with many zoonoses, the infection risk for humans increases with an increased contact zone between host animals and humans, which we suspect occurs in rainy winters. That winters get warmer and rainier is one of several predictions of climate change models that already have occurred, and we have already observed a link between climate driven weather conditions and pathogen transmission.

The bank vole increases our knowledge on zoonoses

Generalists like the bank vole are often so called hyperreservoirs, i.e. they spread many different pathogens. The bank vole has therefore not only a key role in the spread of hantavirus infections, but also for other diseases like tularemia and Lyme disease and for pathogens like Ljunganvirus, even if the zoonotic potential of the latter is still debated.

We are convinced that our studies on the ecology behind the transmission of the Puumala orthohantavirus will also help to increase our knowledge of other diseases and pathogens. This will be important to understand, alert to, mitigate and potentially prevent future outbreaks of animal spread diseases 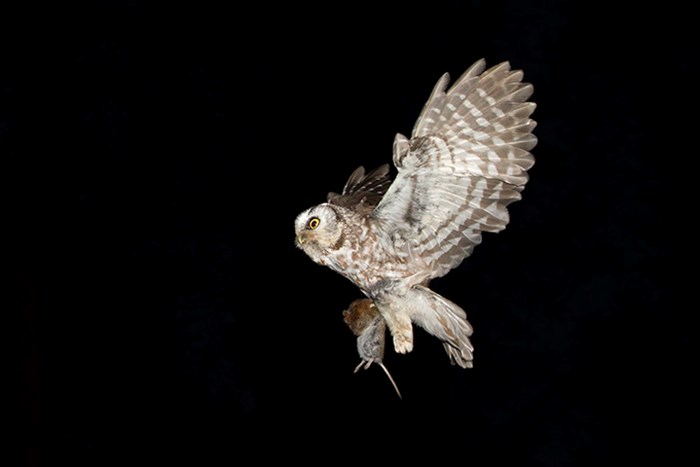 Tengmalm’s owls that are specialized on voles can decrease the number of infected bank voles. Photo: Patrik Olofsson 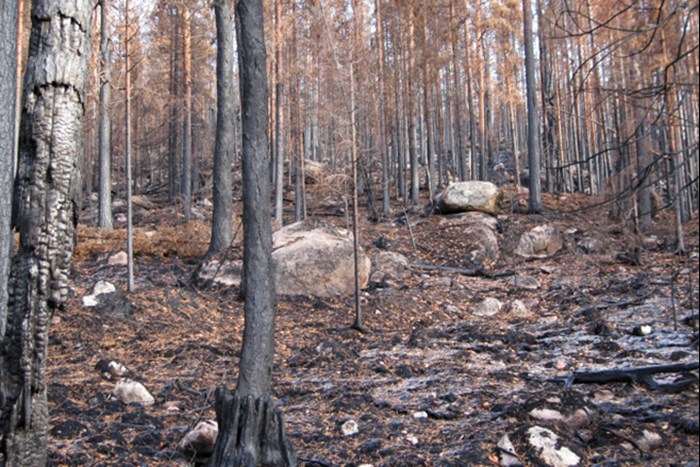 Forest fires can increase the risk of hantavirus transmission from voles to humans. Photo: Frauke Ecke 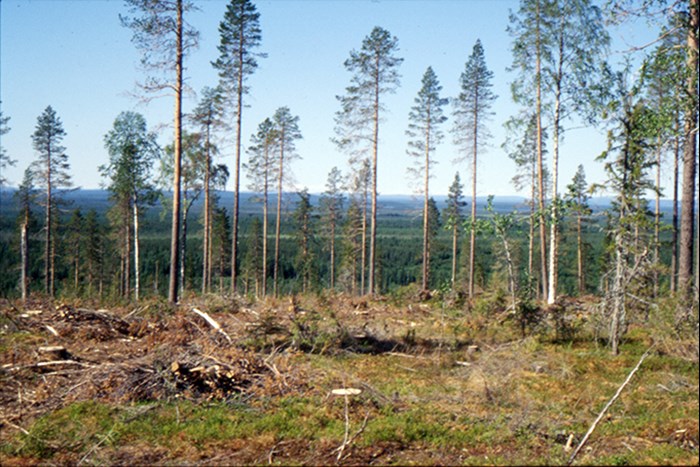 In years rich in voles, the proportion of infected bank voles is higher in disturbed habitats like clear-cuts. Photo: Frauke Ecke 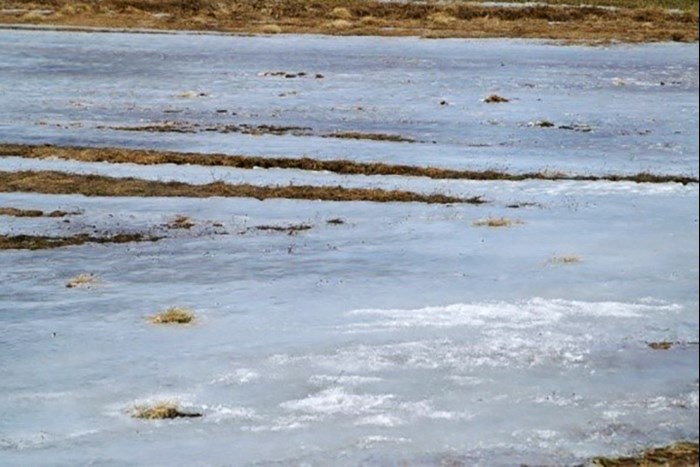 The monitoring is part of SLU's Environmental Assessment Program Wildlife and funded by the Swedish Environmental Protection Agency.

Our latest scientific publications on the subject