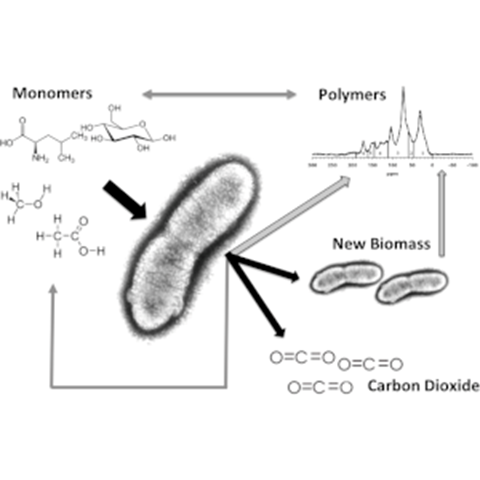 Scroll down for a high resolution version of the image.

In lakes, organic carbon compounds can be degraded or modified in other ways by bacteria. Some of the carbon is emitted to the atmosphere, some is transported to other aquatic ecosystems, and some stays in the lake. Where the carbon ends up and in which form is important for the global carbon cycle and for the formation of greenhouse gases.

Heterotrophic bacteria have a central role in the fate of organic carbon compounds in lakes. Their substrate uptake is exclusively routed via a set of small compounds that can pass the cell barrier. Such degradation intermediates are produced in large amounts from enzymatic and photochemical processing of complex compounds, but also originate from extracellular release by phytoplankton and other organisms. The degradation intermediates rarely build up to high concentrations, but as they experience rapid turnover, they represent a major carbon flux.

Despite the significance, we know little about the fate of such small organic compounds and factors controlling whether the carbon end up as CO2, new biomass or dissolved organic matter.

In this project we will perform stable isotope tracer experiments to describe the fate of key monomers and other labile biomolecules in freshwater lakes. Observed partitioning of added carbon substrates into specific end products will be interpreted using carbon transformation pathways seen in transcriptomes and genomes of the heterotrophs at hand. Variation in carbon partitioning and fate in response to variable environment and heterotroph traits will be assessed.

The project will test the hypothesis that a large but variable portion of the labile substrates used by heterotrophs will end up as other dissolved organic compounds in the water and that some of these will be recalcitrant (slowly biodegradable or non-biodegradable).

The project is carried out in close collaboration with Prof. Mats H Nilsson and Dr. Mats Öquist at the Department of Forest Ecology and Management (SLU), Professor Jurgen Schleucher at Umeå University and Dr. Jeff Hawkes at Uppsala University. 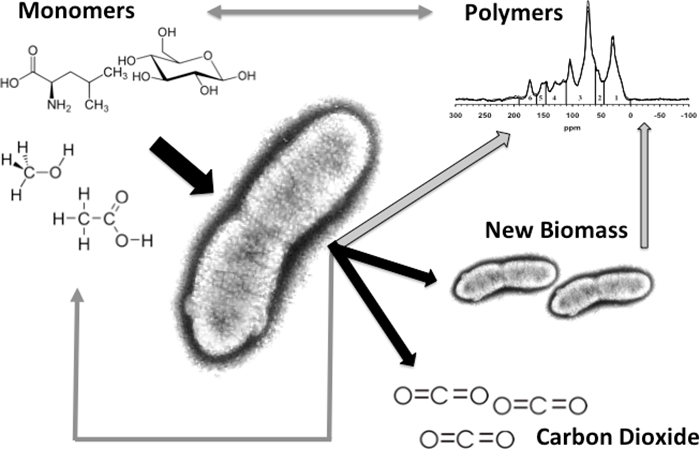