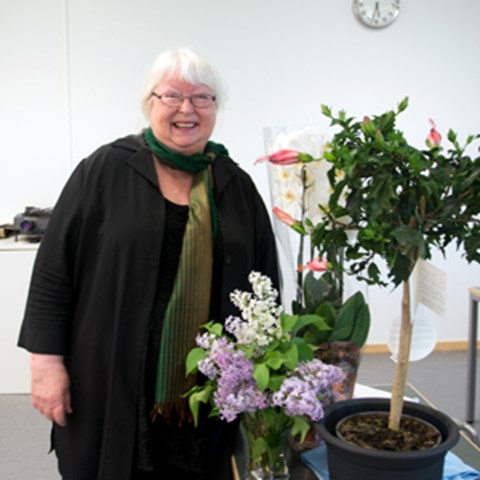 The Centre for Biological Control, CBC, held a symposium in honor of Dr Margareta Hökeberg who will retire after a long and successful career as an internationally recognized expert in the use of bacteria in biological control. The theme for the symposium was: Biological control in crop protection - present challenges and future prospects.

Margareta Hökeberg has been the Director of the Centre for Biological Control, CBC, at SLU since the start in 2012 until January 2018. Her pioneering work on seed treatments with bacteria against seed-borne diseases in cereal crops is groundbreaking. She was one of the researchers that, together with Lantmännen, discovered and developed the bacterium Pseudomonas chlororaphis isolate MA 342 into a biological agent for seed treatment, focusing on its use in cereals but also for use on vegetable seeds.

The symposium took place the 23rd of May in Uppsala. Ingvar Sundh, the current Director of CBC, welcomed the participants to the symposium. 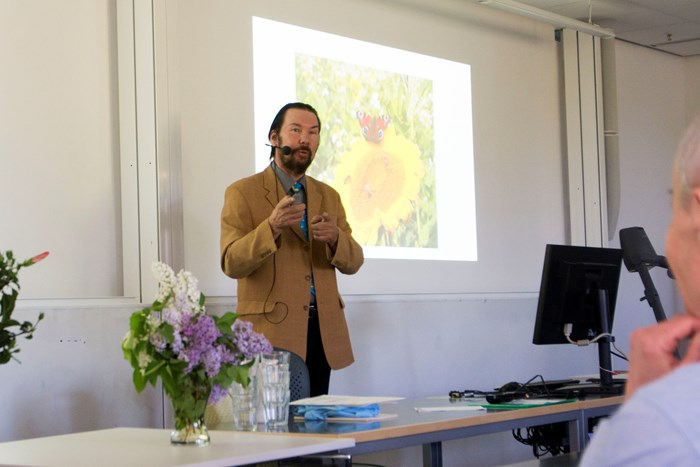 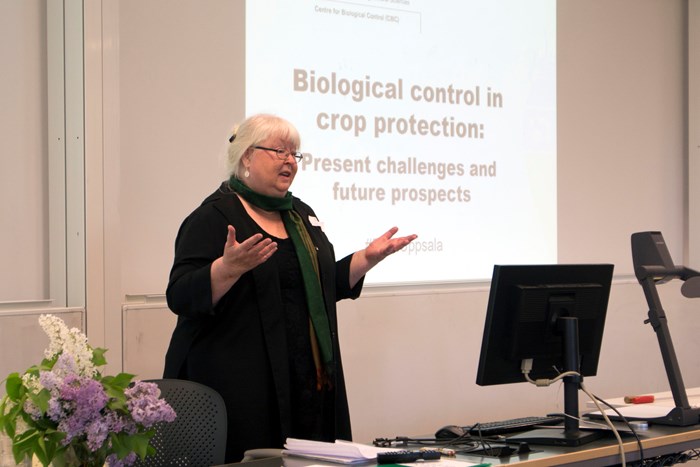 Margareta Hökeberg talked about her adventures with biological control over the years. Photo: Cajsa Lithell. 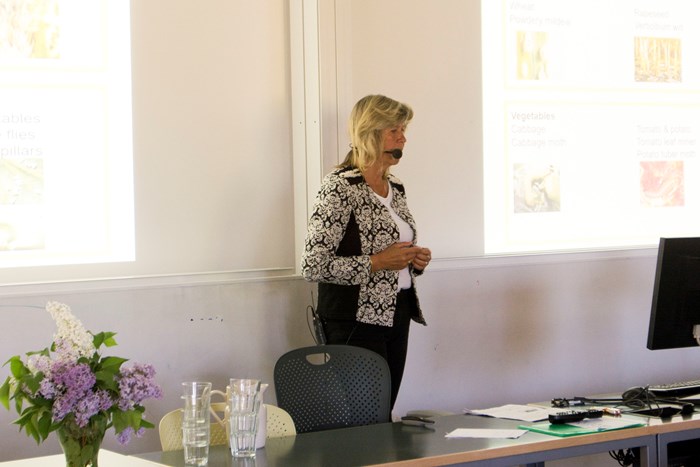 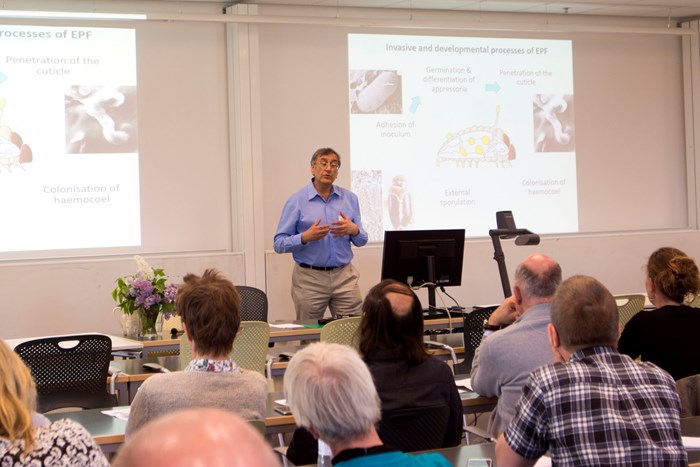 – Entomopathogenic fungi are in some instances the best or only alternative to chemical pesticides, said Tariq.

Peter Witzgall from the Department of Plant Protection Biology, SLU in Alnarp talked about pest control by use of combinations of semiochemicals and biological control. He described how identification of semiochemicals that mediatie mate recognition and food search can be brought forward to practical application in safe insect management.

Stéphane Compant from the Austrian Institute of Technology, Center for Health and Bioresources, talked about seed microbiota and its relation to plant growth and health.

– All tissues of the seed could be colonized by microbes. Some seed microbes might reduce pathogen diseases and induce gene expression while others might be pathogenic, said Stéphane.

Heikki Hokkanen from the Department of Agricultural Sciences at University of Helsinki in Finland gave a talk with the title “Ecostacking for improved biocontrol”. The idea with Ecostacking is to accomplish the full use of the benefits from ecosystem services via stacking and conservation of functional biodiversity in cropping systems. By developing, designing and implementing integrated systems, a long-term sustainability of agriculture and food production can be achieved.

Mariann Wikström from Agro Plantarum in Åstorp talked about research and development of new microbiological products for biological control, with focus on applied research and field trials. Mariann presented BIOCOMES, an EU project that aimed to develop new biological control products. The project ran between the years 2013 – 2017 and resulted in several new products.

Biological control from an industrial perspective

The final talk was given by David Cary, Executive Director at International Biocontrol Manufacturers Association (IBMA). David talked about success factors and hurdles for biological control from an industrial perspective.

– A majority of new plant protection products active substances being approved in the EU from today will be biological and a majority of these will pose low risk, said David.