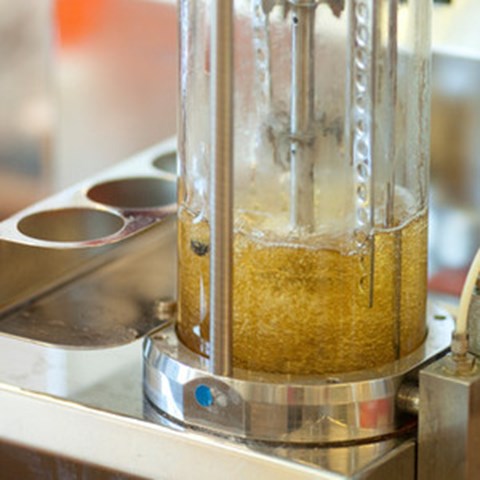 One of the more exciting options is the possibility to chemically extract and convert carbon dioxide in the air into simple organic compounds that can then be used to cultivate microorganisms. Such a process (which is already technically possible) would make it possible to produce food essentially anywhere in the world without photosynthesis or arable land.

Where will the food of the future come from?

At the moment the global population is predicted to reach eleven billion by the year 2100. The ultimate challenge of this century will be to feed this population while at the same time trying to reduce the environmental impact of food production below current levels. Approximately 40 % of the ice-free land on the planet is used for food production at present. One third of that surface area is used to grow crops that either become food or is used as animal feed. The remaining two thirds are used for pasture.

There is not much room left on the planet to further expand our production of food without destroying the few pristine natural habitats that remain. That leaves us with trying to make food production more efficient so that more food is produced on less land. Since a large portion of the land is already used for producing feed for animals rather than food for people, it would seem obvious reduce consumption of animal protein such as meat, eggs and dairy. However, animal protein consumption per capita is predicted to increase this century because of increasing living standards.

Another helpful measure would be to reduce waste both before and after food reaches consumers. Even if such efforts would be successful, the risk remains that future changes in the climate will affect agricultural productivity, e.g. through droughts or floods. This would necessitate further agricultural expansion in order to maintain food production levels.

The uncertainty surrounding future food security has resulted in a vigorous debate about new ways to produce food such as vertical farming, edible insects and even growing meat in lab. The possibility of large-scale cultivation of edible microorganisms – bacteria, microalgae, yeasts and molds, rarely feature in these debates.

SLU researcher Tomas Linder – an associate professor of microbiology, has recently published a review article in the journal Food Security, which discusses different options for the production of food and feed from different kinds of microorganisms. At  the moment there are only a handful food items on the market that mainly consists of microorganisms. Perhaps the most well known example is the meat imitation product Quorn, which is made from protein that has been extracted from the mold Fusarium venenatum. There is also a growing market for animal feed made from different kinds of microorganisms.

Microorganisms are fairly rich in protein and can also produce a number of vitamins. Some microorganisms can also produce beneficial fats. Those microorganisms that are currently used for food and feed are generally cultivated using byproducts from food production but it is also possible to use simple organic substrates such as hydrocarbons, alcohols and organic acids. The origin of the cultivation substrate ultimately determines the environmental footprint of the final microbial product. For example, it is possible to use methane gas to grow bacteria that can then be used as animal feed. However, if the methane is derived from fossil natural gas rather than biogas, it would be equivalent to using natural gas as fuel – the fossilized carbon will end up in the atmosphere either way.

Food out of thin air – but without photosynthesis

What makes edible microorganisms a particularly interesting option for future food production is the possibility of combining cultivation of microorganisms with the latest technology in chemical conversion of carbon dioxide in the air into simple growth substrates such as methane, methanol, formic acid or acetic acid. This means that carbon dioxide can be turned into food entirely without photosynthesis.

All food that we eat today comes from carbon dioxide in the air that has been converted into biomass through the photosynthetic process of algae and terrestrial plants. Therefore all food produced through photosynthesis must occur in two dimensions since plants require light energy and cannot be stacked on top of each other. Microorganisms on the other hand can be cultivated in three dimensions, for example using large fermentation tanks with capacity of a thousand cubic meters. Since the cultivation conditions (temperature and the supply of air and nutrients) can be controlled with high precision, the cultivation can be done practically anywhere independently of local climate conditions.

How far off are we from a process where we could produce edible microorganisms directly from carbon dioxide in the air? According to Tomas Linder, the technology already exists.

– For example, it would be possible to use existing technologies to extract carbon dioxide from the air, convert the carbon dioxide to methanol, use the methanol to grow bacteria and finally use those bacteria as protein feed. Roughly 120 million hectares (equivalent to the total land area of South Africa) is used today for growing soybeans for protein feed. If we replaced the global soybean production with bacteria grown on methanol, the entire process would fit on a land area slightly smaller than Öland, says Tomas.

The ability to produce that amount of food or feed within a relatively small area is obviously very interesting from an environmental point of view as it could protect remaining natural environments from being used for food production. However, Tomas Linder is calling for system-level studies to determine just how big the indirect carbon dioxide emissions would result from building and maintaining such an extensive industrial infrastructure. What the total cost would be is also not yet clear. Or whether consumers would be willing to eat microorganisms to a greater degree than an occasional Quorn patty.

– I believe this technology will initially be used for feed production. Protein crops are currently grown over an enormous surface area, concludes Tomas.

Linder, T. (2019). “Making the case for edible microorganisms as an integral part of a more sustainable and resilient food production system.” Food Security.