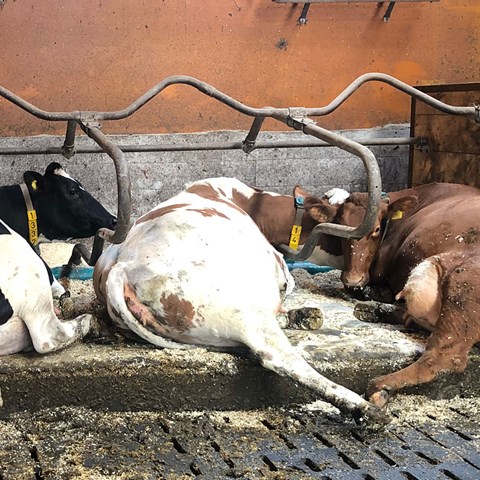 It seems that dairy cows want a cubicle to rest in, close to the feeding tables. And it is the older, more experienced cows that usually occupy these cubicles in the barn. The younger ones more often lay down further away from both the feeding- and milking stations.

A new study from the researchers in the project Precision livestock breeding – improving both health and production in dairy cattle, at the Swedish University of Agricultural Sciences, shows that some cubicles in the barn are more popular than others.

– Good possibilities for cows to sleep and rest is important for the animal welfare. A dairy cow spends approximately eleven hours per day lying down to sleep, rest or ruminate. Studies have shown that cows prioritize the possibility to lie down before feed when being deprived of both, which show that lying down is a behavior cows are highly motivated to perform. This is one reason to why it is important to provide enough cubicles in a modern dairy farm, says Anna Silvera who is an agronomist, ethologist and one of the researchers behind the study.

Using sensors and a tag mounted on a neck collar for each cow, the researchers have been able to follow which cows have which positions, throughout the barn.

– The data we get are like dots moving on a map of the barn. We can see which cubicles are popular, and find out which categories of cows are staying where, says Anna Silvera.

Within the project, the researchers are collaborating with a dairy farm in Sweden and one in the Netherlands. The study is a first step to see how the cows spend their days on these farms. More observations are underway, with the help of the sensor system, to obtain more information, for example on how to best design and manage a barn.

– The cubicles that are used more become dirtier and could cause problems with the spread of infection between the animals. Let's say that a cow that has mastitis lays down in the dirt, and spreads bacteria in the cubicle. Then the next cow that lies there can be infected. That is one reason to why farmers want the cows to be evenly spread in the barn. One way to make a larger number of cubicles more attractive can be to arrange them so that it is the same distance to the feeding table, regardless of which cubicle the cow chooses.

The results from this paper a can be used to study other factors affecting the choice of cubicles more in detail, for example the climate in the barn, bedding material or the design of cubicles. 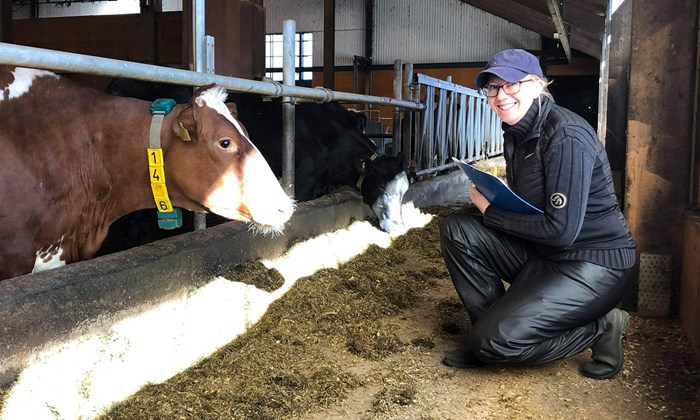 Anna Silvera is one of the researchers behind the study showing that some cubicles are more popular than others among dairy cows in the barn.