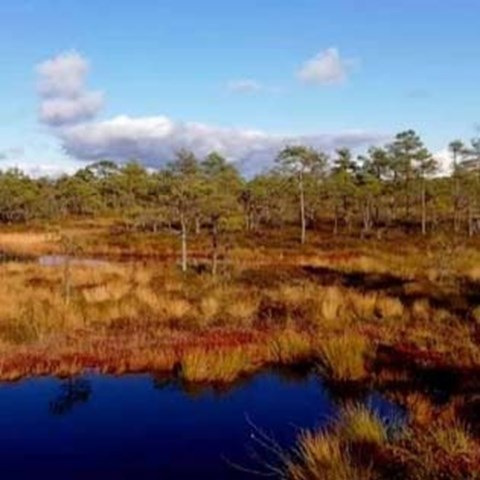 Wetlands are the greatest source of nitrous oxide (N2O) that is not only a very potent greenhouse gas but also an ozone depleter. The rate of N2O emission depends on the microbes in the soil. A new study now shows that the type and abundance of microbes determine N2O emission, and a warmer climate and human exploitation of wetlands can shift the composition of microbes to emit greater N2O.

This study is based on by far the largest global wetland soil dataset of 645 samples collected from various global regions (Map) using highly standardized and consistent sampling and sample processing procedures. Using the state-of-the-art molecular methods and advanced modelling, the researchers aimed to understand the role that archaea, bacteria and fungi play in the nitrogen cycle and nitrous oxide emissions.

An important conclusion drawn from the study is that warmer soils and more intensively disturbed wetlands (for example where the forest is cut down or the land is cultivated) increase emissions of nitrous oxide, which in turn is related to which microbes are present. A surprising discovery was that the archaea are key players to N2O emissions, although they are relatively a small group of microbes compared to bacteria. The abundance of these archaea increased at low latitudes (closer to the equator), as did nitrous oxide emissions.

“Archaea are still quite unknown, mainly because it has been difficult to study them. But thanks to new advances in molecular methods, we now have an unprecedented opportunity to better understand their biology and ecology. Hopefully, we can use the resulting knowledge to steer the communities of these organisms in the future”, says Mohammad Bahram, who led the large study recently published in Nature Communications.

This would be major advance as N2O has 265 times larger greenhouse effect than carbon dioxide.

“Our main conclusion is that climate change and increasing human pressure on wetlands can shift communities of microbes involved in nitrogen cycles towards more aerobic processes that promote N2O emissions”, says Mohammad Bahram.

The results from the current study are consistent with previous studies and global climate models, which also point to the risk of increasing N2O emissions.

But how can you use the result? Can the trend be reversed?

“ We should try to avoid converting wetlands for other land uses, especially in the tropics. Increasing knowledge of microbes in these ecosystems can enable us to better predict how greenhouse gas emissions will continue. In the long run, we could also promote the microbes that reduce emissions - for example by protecting areas where they are more prevalent - or suppress the microbes that promote greenhouse gas emissions”, says Mohamad Bahram.

The research group consisted of researchers from Sweden, Estionia and United Kingdom.

Distribution of the study sites.