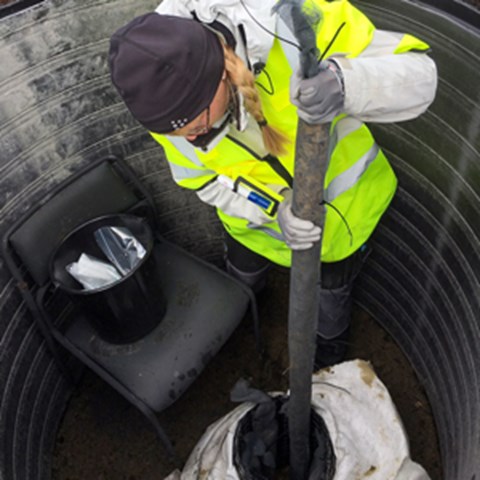 Nitrogen emissions from agriculture and industry lead to eutrophication and health-threatening groundwater. In her doctoral thesis, Maria Hellman investigated whether nitrate-containing water from the mining industry can be purified with denitrifying bioreactors. The results show that bioreactors with woodchips work well for cleaning mine water.

Nitrogen is mainly released from agriculture, but also from sewage treatment plants and industries. In the mining industry, the nitrogen comes from the use of nitrogen-based explosives. Releasing nitrogen can lead to eutrophication and health-threatening groundwater, and therefore measures are needed to reduce emissions.

– Nitrate-contaminated water can be purified by passing the water through a denitrifying bioreactor. These reactors are used in many countries to reduce the input of nitrate into the environment from various sources, such as runoff from agricultural land. In my thesis, I investigated whether nitrate-containing water from the mining industry can be purified using the same type of bioreactors, says Maria Hellman.

This technique is relatively simple and does not require a lot of resources. The water is passed through a permeable barrier consisting of a carbon-rich material, for example woodchips or other plant-based substances. The microorganisms in the bioreactor remove the nitrate by converting it into gaseous forms of nitrogen.

­– Optimally, we want harmless nitrogen gas to be formed. But not all microbial transformations of nitrate lead to harmless nitrogen gas, the nitrate can also follow other reaction paths. Sometimes the greenhouse gas nitrous oxide is formed and sometimes the nitrogen is not removed from the water but is converted into ammonium, which can also damage to the environment, says Maria. 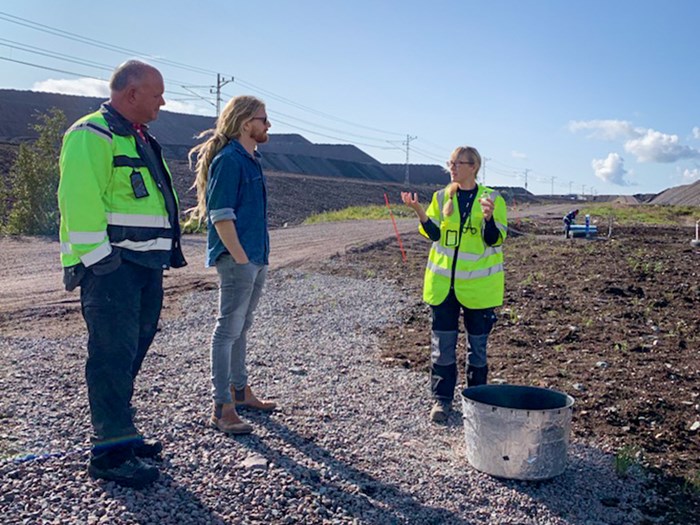 Maria Hellman explains how the samples will be taken in the bioreactor in Kiruna. The work in Kiruna was carried out in collaboration with Uppsala University and the mining company LKAB. Photo: Sara Hallin. 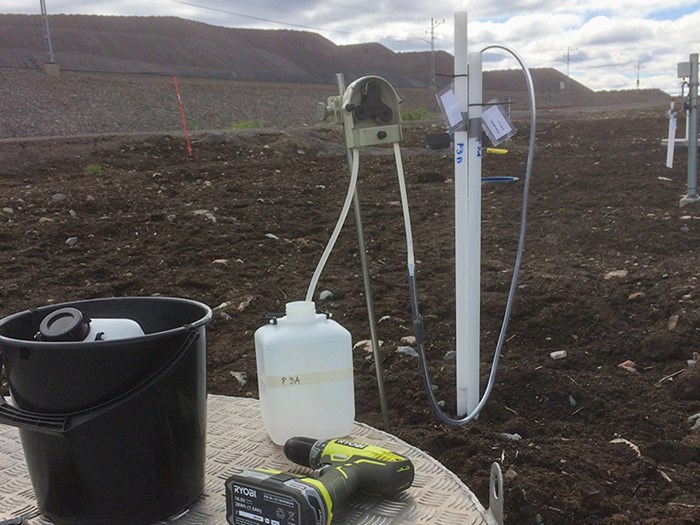 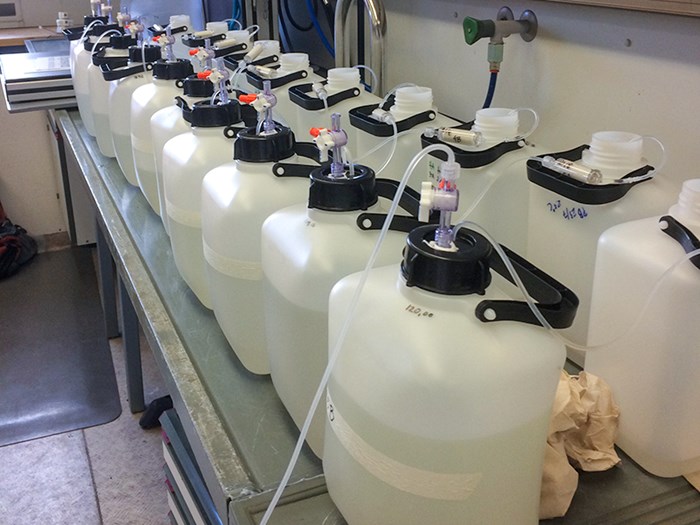 The bioreactor water is filtered at the lab. A DNA analysis is then carried out to find out which microorganisms are present in the water. Photo: Maria Hellman. 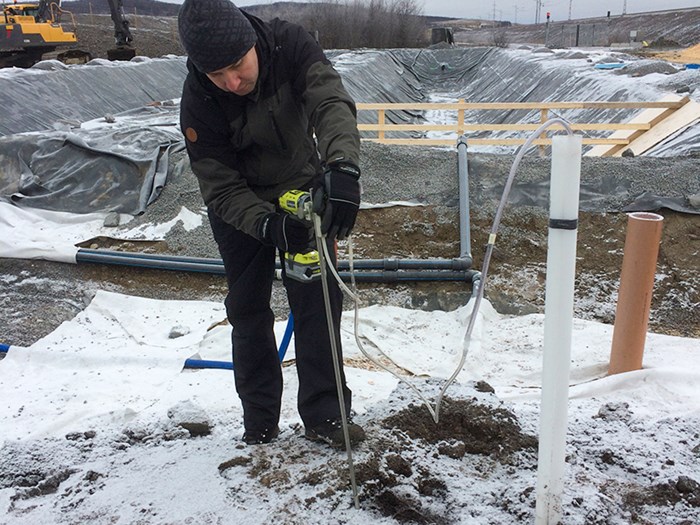 Jaanis Juhanson takes water samples in Kiruna. A bioreactor under construction can be seen in the background. Photo: Maria Hellman.

Where and when do the microorganisms convert the nitrogen?

In her thesis, Maria investigated which nitrogen-converting processes take place in the permeable barriers in the bioreactors and when and where they happen.

– Denitrifying bioreactors with woodchips work well for cleaning mine water. I also found clear patterns of which nitrogen transformations were dominant, both in time and space. How well the bioreactors worked (whether the nitrate was removed or converted to unwanted nitrogen compounds) was related to the proportions of the different nitrogen-transforming processes.

– The type of carbonaceous material used in the bioreactor turned out to be important for determining which microorganisms established themselves, and thus also for which processes became dominant.

Bioreactors of the future

To design new bioreactors, with more efficient purification and without the production of harmful compounds, we need to know how the development of the microbial community in a bioreactor is affected by various factors.

– In my thesis, I contribute to that knowledge. In the future, these improved bioreactors can, for example, be used to reduce nitrogen emissions to the Baltic Sea, concludes Maria.

Maria Hellman will defend her thesis on the 15th of September. Read more about the defense here.