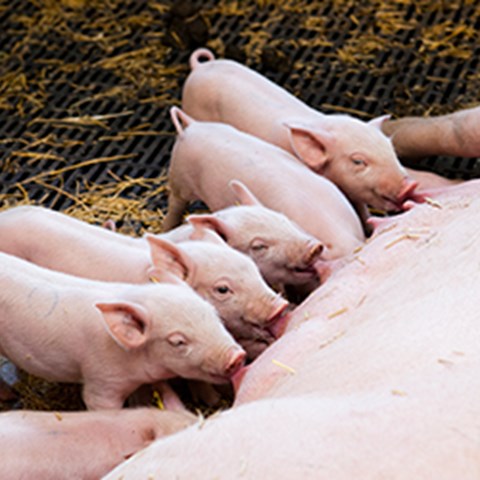 Oxytocin is known as a mediator of wellbeing but it is difficult to measure in sows. This is the first study investigating association of genes related to oxytocin and maternal behaviour with piglet survival and growth.

The long-term aim of this project is to increase pig welfare by improving the maternal ability of sows. We investigated the molecular genetic basis of the oxytocin gene and some other genes related to oxytocin levels and maternal behaviour in sows. We have found genetic variation in candidate genes for maternal behaviour among Swedish Yorkshire sows, and significant associations of SNP in (or close to) five of the chosen candidate genes with the traits mean birth weight, piglets stillborn of total born and relative weight change of sow during lactation. Most of the associations were either identified in the first or second parity, indicating strong differences between the traits across these early parities. According to preliminary results there are also some associations of SNP in (or close to) six of the chosen candidate genes with maternal behaviour. These associations suggest that SNP can provide knowledge about sows’ capacity to raise large litters.

The project is funded by: Formas