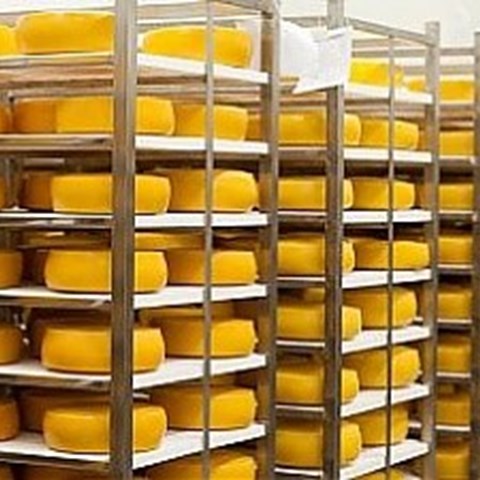 Bovine milk not coagulating within a defined time-span after rennet addition is defined as non-coagulating (NC) milk. Its prevalence is estimated at 18% in the Swedish Red (SR) cows (Gustavsson et al., 2014). NC milk is economically relevant for the cheese industry because if bovine milk do not coagulate after rennet addition, the entire chain of cheese production is delayed, generating losses for this industry. It is important to reduce the amount of NC milk produced by SR cows and our approach was to use genetic selection.

According to Gustavsson et al. (2014), NC milk is a heritable characteristic (h2=0.45), hence with possible effects on future generations of Swedish Red cows. Therefore, this project aims at finding candidate genes associated with NC milk. Milk coagulation properties were sampled from ~1,000 cows, and these cows were genotyped for >7,000 genetic variants across the genome. In a previous study by Duchemin et al. (2016), a region on chromosome 18 with clear effect on NC milk was identified. Through a process called imputation, we fine-mapped this region with imputed sequences identifying VPS35 as the most likely gene associated with NC milk. The VPS35 gene belongs to the mammary gene sets of pre-parturient and of lactating cows.

After the identification of potential chromosomal regions involved in NC milk, the project aims at applying genomic selection to remove this undesirable characteristic from the Swedish Red population of cows.

The project is funded by: Stiftelsen Lantbruksforskning (SLF)