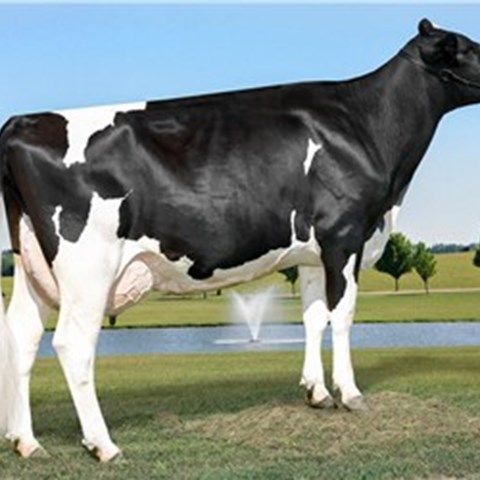 For several decades, crossbreeding has been a common practice in some production animal species, especially pig and poultry. The interest of crossbreeding in dairy cattle has increased during the last few decades, but purebreeding is still the major strategy of breeding. This purebreeding – especially within the Holstein breed - has led to problems, such as reduced fertility, health and survival, in many countries including Sweden. In other countries, such as New Zealand, crossbreeding has become a main strategy to avoid those problems. New technologies, such as sexed semen and genomic breeding values available at an early age, and use of beef semen give rise to new possibilities for crossbreeding of dairy breeds.

This PhD project aims to investigate and develop genetic and management tools for crossbreeding strategies in Swedish dairy cattle. We have performed SimHerd simulation studies of economic and genetic consequences of different crossbreeding strategies in combination with sexed semen, beef semen, and genomic testing. We also simulated scenarios using a native breed (Swedish Polled Cattle) in a crossbreeding strategy for conservation purposes. Lately, we made a survey study on Swedish farmers' preferences for sexed semen, beef semen, genomic testing, dairy crossbreeding, and embryo transfer. The last part of the project will investigate and develop possibilities for genomic breeding values on crossbred animals, using summary statistics when there is a lack of genotype data from one or more of the purebred in the reference population.

In the first simulation study, herd dynamics, production performance, and economic output was compared for herds with purebred dairy cattle and crossbreds. We used the simulation tool SimHerd Crossbred for this. Both conventional and organic systems were investigated because there is a difference in cow performance, herd management, and prices. The results showed that the profit increased when changing a pure bred herd to a crossbreeding herd for both production systems.

We also investigated how much the economic return could improve in a herd with a native breed (Swedish Polled Cattle) if 25% of them were crossbred with a commercial breed (Swedish Red). As expected, the economic improvement was quite considerable, but it was not sufficient to cover the subsidy paid by the government. Together with the marketing of niche products from native breeds, crossbreeding can potentially play a role in conserving the herds keeping those breeds because the output from milk and meat increases. It does, however, need to be strictly controlled.

The survey study was performed during fall 2020, and it showed that Swedish farmers have the highest preference for using sexed semen and beef semen. It indicates a potential for increasing their use since only 10-15% of all inseminations are carried out with those semen types. The farmers were also optimistic to genomic testing as long as the milk price is stable. There were two groups of farmers regarding dairy crossbreeding: those who supported it and those against it. Embryo transfer was not popular among the farmers if they had to flush their animals. However, they were neutral to buying embryos from other herds.

There is no commercial genomic breeding evaluation of crossbred dairy cattle at the moment. Until now, the number of genotyped crossbred cattle within a country has been insufficient for genomic prediction. Another challenge is that many crossbred animals are ProCross, which means no country has a population of each included pure breeds in the crossbreeding system (Montbéliarde, Swedish Red, and Holstein). Therefore, this study aims to find a method for genomic prediction in crossbred dairy cattle where genotype data from purebred animals in the reference population can be limited to summary statistics.