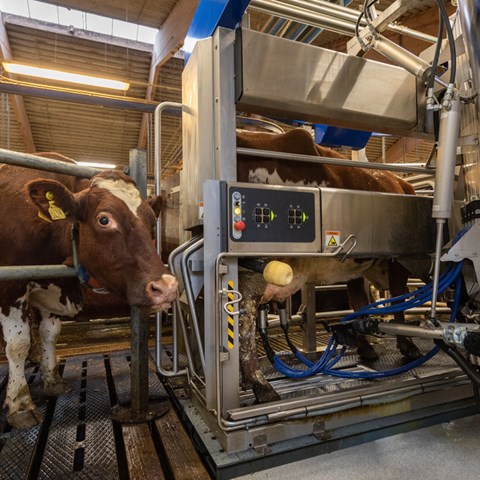 Sensors in automatic milking systems can be used to detect mastitis, but what then? The aim of this project is to provide guidelines for what actions to take once a case of mastitis has been detected.

Mastitis is the most common production disease in dairy herds affecting approximately 30% of the cows each year and causing compromised welfare and high economic losses. In automatic milking systems (AMS), sensors continuously measure cow behavior, disease symptoms and milk composition for detection of mastitis. Research on how to best combine the multitude of information sources for detection of mastitis is ongoing. But, so far, no evidence based recommendations for actions based on sensor information have been developed. The optimal decision depends on factors such as age of the cow, level of chronicity, bacteriological findings, previous mastitis cases, severity of the disease, stage of the infection, cost of veterinary treatment etc. Thus, decision making is complicated, due to many factors being involved, and requires more advanced methods than hitherto applied. The aim of the project is to develop the evidence for a smart decision support system predicting probability of cure, risk of transmission and risk of flare-ups of clinical mastitis for an individual cow at each stage of mastitis. This will be achieved by combining state-of-the-art mathematical / statistical methods with access to large amounts of online data.