Novel viruses found in ticks from bat caves in Brazil 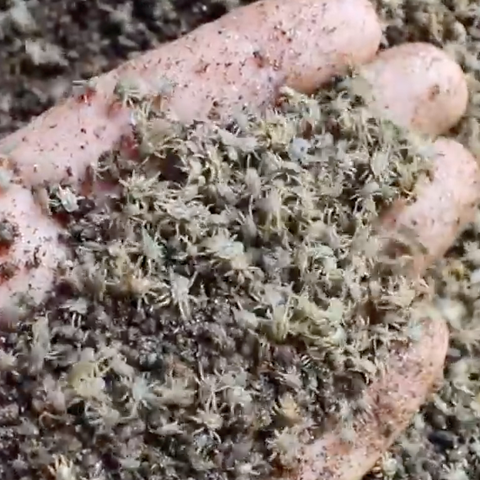 In this study, we describe the viral composition of adult Antricola delacruzi ticks collected in a hot bat cave in the state of Rondônia, Western Amazonia, Brazil. A. delacruzi ticks, are special, compared to many other ticks, in that they feed on both bats (larval blood feeding) and bat guano (nymphal and adult feeding) instead of feeding exclusively on vertebrate hosts (blood feeding). Considering this unique life-cycle it is potentially possible that these ticks can pick up/be infected by viruses not only present in the blood of viremic bats but also by virus shed through the bat guano.

The viral metagenomic investigation of adult ticks showed that single-stranded negative-sense RNA viruses were the dominant group of viruses identified in the investigated ticks. Out of these, members of the Nairoviridae family were in clear majority constituting 88% of all viral reads in the data set.

Genetic and phylogenetic analyses indicate the presence of several different orthonairoviruses in the investigated ticks with only distant relationship to previously described ones. In addition, identification of viral sequences belonging to Orthomyxoviridae, Iflaviridae, Dicistroviridae, Polycipiviridae, Reoviridae and different unclassified RNA viruses showed the presence of viruses with low sequence similarity to previously described viruses.

Link to YouTube-video that shows the described caves: https://www.youtube.com/watch?v=CurfyWy8Bj0