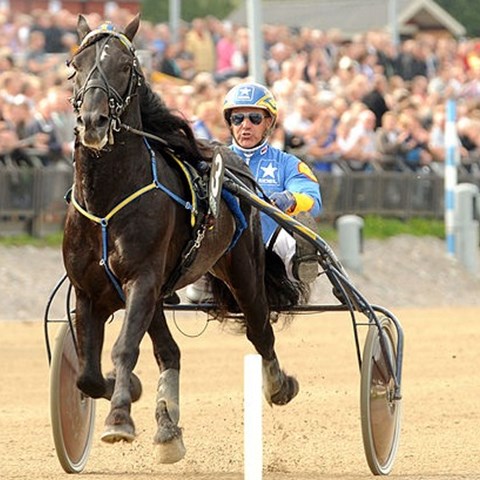 By comparing the genomes of Coldblooded trotters, North‐Swedish draught horses and Standardbreds for a large number of single‐nucleotide polymorphisms (SNPs), the aim of the study was to identify genetic regions that may be under selection for racing performance.

One SNP showed a significant association with racing performance, with the CC genotype appearing to be negatively associated. The SNP identified was genotyped in 1915 horses of 18 different breeds. The frequency of the TT genotype was high in breeds typically used for racing and show jumping while the frequency of the CC genotype was high in most pony breeds and draught horses. The closest gene in this region was the Endothelin3 gene (EDN3), a gene mainly involved in melanocyte and enteric neuron development. Both functional genetic and physiological studies are needed to fully understand the possible impacts of the gene on racing performance.