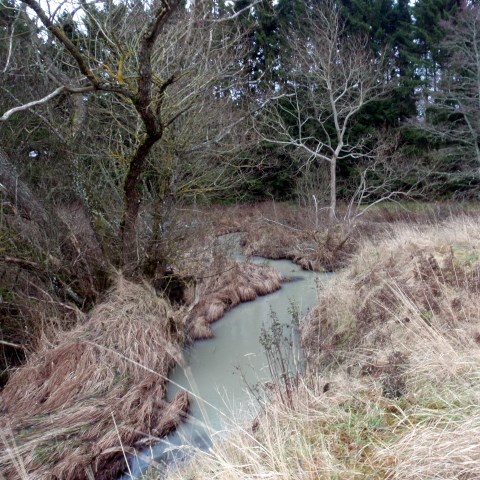 The use of plant protection products has positive effects on the harvest of agricultural crops, though it can also result in environmental contamination. It is hard to know what effect the plant protection products have on animals and plants in Swedish ecosystems, though research indicates that they have a negative impact on biological diversity and ecosystem processes.

Tests are conducted with the help of laboratory studies, in which the effects of plant protection products are tested on a small number of standard organisms, e.g. algae, crustaceans, fish, worms and bees. This entails a significant simplification of the real situation. In nature, the effect of plant protection products is also dependent on combination effects of multiple plant protection products, the properties of their break-down products and the time of exposure. The effects can also be direct or indirect, and they may be short-term or not become apparent until after a long time. The effects may also vary between different ecosystems, depending on factors such as the species present, and exposure of the ecosystems to other environmental problems.

The CKB is working on the impact of plant protection products on ecosystems in the activity area of Biological effects. There is a focus on aquatic ecosystems and this includes monitoring of macro invertebrates and diatoms in four watercourses in southern Sweden.

Click on any of the following headings to read more about the impact of plant protection products on plants and animals in the natural world.

In agriculture, several different pesticides are often used at the same time, and national environmental monitoring usually identifies over 10 different plant protection products or their break-down products in the watercourses that are sampled (see e.g. Lindström et al 2015). Two or more chemicals can interact so that the effect is more than doubled. We still know very little about how pesticides interact or, in the best case scenario, counteract each other in aquatic environments.

A research project is currently being conducted at the Department of Aquatic Sciences and Assessment, IMPROVE which is intended to improve knowledge about combination effects of plant protection products for better risk assessments.

Indirect effects can be difficult to detect

Pesticides do not only affect the species against which they have direct effect. If a species in an ecosystem is affected, it may also have consequences for other species in that ecosystem. An example of an indirect effect is if an insecticide is spread to an aquatic environment and causes a decrease in the number of insect larvae and small crustaceans. Algae present in the water are then exposed to lower grazing pressure and their growth increases. This deprives larger water plants of light, resulting in a reduction in their biomass. That in turn changes the living environment for insects and crustaceans, which can lead to further decreases in their populations and an even more algae-dominated environment.

At the same time, exposure of aquatic ecosystems to so many environmental problems makes it difficult to say with any certainty which effects are due to plant protection products. Changes in the environment can also take place slowly, making them difficult to detect.

The effects of a pesticide may emerge a long time after exposure, or after repeated or prolonged exposure, which is another difficulty when assessing the risks of pesticides. These are usually referred to as chronic effects and can cause e.g. reduced growth, impaired immune defence and lower reproductive ability. These factors can affect population size and, in the long term, the entire ecosystem. In pesticide testing, both acute and chronic effects are studied. Acute effects include mortality and changes in enzymes and movement patterns arising within a few hours (often 24–48) after exposure. Chronic effects are normally studied over 7–21 days. The results from such studies can be difficult to translate to nature, where the organisms are often exposed to low concentrations over a long period, in some cases the entire growing season.

Impact on species that live on land

The agricultural landscape provides an important habitat for roughly a half of Europe's plant and animal species. In Sweden, more than 2,000 species that are associated with the agricultural landscape are red-listed. The preservation of biological diversity in the cultivated landscape also means, among other things, the retention of important ecosystem services. Pollinating insects and natural enemies of pests are examples of organisms representing an important resource in agriculture that are of considerable economic importance.

In recent decades, biological diversity in these environments has decreased. One of the causes of this is thought to be the use of plant protection products, though the effects of their use are difficult to distinguish from other impacts such as changed land use.

While species living in the field can be affected by spraying, those with their habitat in neighbouring areas can also be affected, for example by wind drift of pesticides. Pesticides can be immediately fatal, but non-fatal effects that disrupt reproduction or animal behaviour may also arise.

Those products used in the ‘infancy’ of plant protection products, such as arsenic, mercury, DDT and organophosphates hit hard and more or less directly on a number of species, such as birds and pollinating insects. Many died or experienced serious damage, while the reproduction of other species such as sea eagles and peregrine falcons failed as the compounds accumulated in the environment. The effects were obvious, easy to demonstrate and resulted in many compounds being banned.

Modern pesticides are more specific but can also have a direct impact on species closely related to the target organism. For example, wild plants may be affected by herbicides and a number of insect species apart from the target insect can be eliminated in an area. However, many of the effects of modern pesticides used today are indirect. Birds in the agricultural landscape are affected by some of their food sources disappearing as a result of insecticide use. Bumblebees, wild bees and other pollinators find it more difficult to find food if many of the plants they use as pollen and nectar sources disappear due to herbicide use. Conversely, plant communities are affected if some species of pollinating insect disappear due to the use of insecticides. For example, wind pollinated plants may come to dominate over insect pollinated plants, while plant species that are dependent on a certain insect species for their pollination may disappear.

The CKB's work on terrestrial species

The CKB has, in consultation with its reference group, focussed its efforts primarily on the aquatic environment. Every five years there is an external assessment of the CKB, and it has also been the opinion of the assessors that the main focus should be on the aquatic environment. However, in the 2010 assessment it was proposed that knowledge should be collected about effects in the terrestrial environment, to be used as a basis for further discussions on the possibility of looking into this complex area.
The report, The effect of plant protection products on biological diversity in the agricultural landscape (in Swedish) is the result of an assignment given to Professor Riccardo Bommarco, who is a researcher at the Department of Ecology at the Swedish University of Agricultural Sciences, to determine the state of knowledge about the potential consequences from the use of plant protection products in the terrestrial environment.

It is difficult to determine and confirm how strongly pesticides contribute to changes in biological diversity, since a number of different changes occur continually in the cultivated landscape. In areas with very intensive pesticide use, a number of factors in the environment are also affected by the intensive farming within which heavy pesticide use occurs. There would therefore need to be a monitoring programme in which biological diversity and the use of pesticides are documented in a number of areas throughout the country.