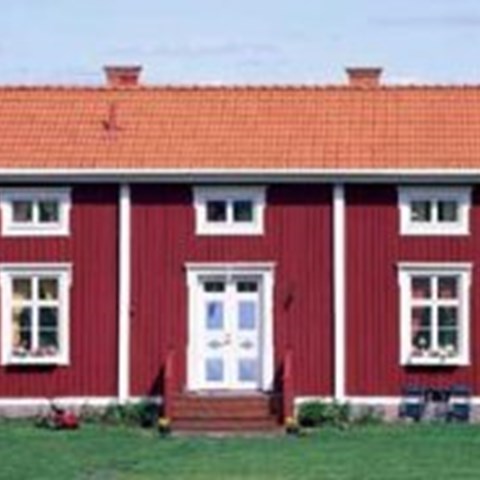 Humans have long used chemicals to combat pest attacks of different types. For example, an early method to protect wood from fungal attack was to paint it with Falu Red paint, which contains e.g. copper and zinc that prevent fungal growth.

At the end of the 1800s some chemicals were used as pesticides in agriculture in Sweden, for example copper and sulphur compounds against fungal attacks in fruit and potatoes. Natural toxins such as nicotine were also used against insect attacks. The use of pesticides in agriculture took off around the mid-1900s. However, no attention was paid initially to the risks to health and the environment.

DDT, which is perhaps the best-known environmental toxin, was introduced during the 1940s together with a few other organic compounds for controlling insects and fungi. Mercury compounds also began to increase in use. These were used as a seed dip from the early 1920s but when imports were restricted during World War II they began to be produced in Sweden, in the form of the very toxic compound methyl mercury. During World War II, knowledge of synthetic chemicals increased rapidly as a result of research into chemical weapons. For example, many of the early insecticides were organophosphates, which are closely related to nerve gases. The number of products and their use increased sharply after the war. In particular, new herbicides were developed and the use of these increased during the 1960s.

However, it soon emerged that there were disadvantages with pesticide use. The first signs of negative effects on the environment appeared in the beginning of the 1950s, and a general awareness of this problem was stimulated by Rachel Carson’s book Silent Spring, which was published in 1962. In the book she wrote:

Since the mid-1940s over two hundred basic compounds have been created for use in killing insects, weeds, rodents and other organisms described in the modern vernacular as "pests"; and they are sold under several thousand different brand names. These sprays, dusts and aerosols are now applied almost universally to farms, gardens, forests and homes, non-selective compounds that have the power to kill every insect, the "good" and the "bad", to still the song of birds and the leaping of fish in the streams, to coat the leaves with a deadly film and to linger on in the soil - all this though the intended target may only be a few weeds or insects. 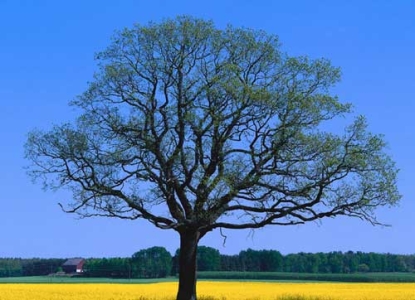 Despite early warning signals about the effects of DDT on e.g. bird reproduction, it took until 1970 before DDT was banned in Swedish agriculture and until 1975 before its use was completely halted. Other countries in Western Europe and the USA followed this lead, but DDT is still being used in certain parts of the world and from there it can be spread by the winds to other parts of the globe.

The use of pesticides in Sweden increased until the mid-1970s, with the greatest increase occurring in the use of herbicides. Opinion against pesticides grew and in Sweden it rapidly came to be directed against the phenoxy acids, chemicals used to control weeds on arable land and scrub in forests. The debate was particularly heated as regards hormoslyr, a phenoxy acid that was often sprayed by planes over logging sites and from specially designed sprayer waggons onto railway embankments. Hormoslyr contains the phenoxy acid 2,4,5-T, with dioxin being formed to varying degrees as a by-product in the manufacturing process. This means that many sites on which 2,4,5-T was applied also carried a risk of containing dioxin, which is a very toxin and persistent pollutant.

Knowledge on the importance of correct handling was inadequate, but in the mid-1970s the authority responsible recommended that any remaining herbicide should be incinerated or buried. In the mid-1970s it was also revealed that at BT Kemi in Teckomatorp, where the herbicides were manufactured, drums of toxic waste had been buried on the factory site. Decontamination of the area is still continuing today.

Reports on spread in the environment from 'ordinary' use

For a long time the debate dealt with everything except the place where most of the pesticides were applied, namely arable land. It was assumed that the various compounds were broken down to harmless components after being applied in the field by farmers. This was not the case. In the mid-1980s, people began to wonder where these chemicals were going. To the surprise of many, pesticide residues were found in streams and rivers throughout Sweden. The groundwater was also found to be polluted in many areas. Even rainwater proved to contain pesticide residues. To avoid the problems with the persistent, fat-soluble pesticides, more easily degradable but also more water-soluble substances had been developed. This poses an increased risk of pesticides disappearing from arable land and ending up in surface waters or groundwater instead.

In Sweden and other EU countries, the most dangerous and persistent substances have been replaced by substances that are broken down more easily and are therefore not present in the environment for such a long time. However, even the old substances can persist for a long time if they end up in a soil or sediment with low temperature, oxygen-deficient conditions and low microbial activity. It is not uncommon for the ‘modern’ substances to have a higher acute toxicity than many of the older, more slowly degradable pesticides, for example DDT.

This is mainly because the modern pesticides have a more specific mechanism of action against their target organisms and can be applied in lower doses. The advantage is that a smaller amount of the substance can be used to treat a particular area, but the compounds can also cause great damage if they reach environments where organisms other than the target object are exposed. For example, aquatic organisms can be very sensitive even at low concentrations.

Because modern pesticides also pose a risk to the environment and health, there has been a public campaign to decrease the use of pesticides since the 1980s. Today, aerial spraying is banned and some of the phenoxy acids are no longer in use. Swedish law has been tightened as regards the requirements on the substances that are approved and how these may be used. Farmers must undergo special training in the use of pesticides. There are also requirements to check the equipment used for applying pesticides.

The cost of pesticides has been raised through fees and taxes and the amount of pesticides sold steadily decreased over a decade from the start of the 1980s. Since then, pesticide consumption has remained at a rather constant level, with peaks before expected price rises and dips afterwards. However, due to the fact that the products sold today are effective at lower concentrations, a smaller dose can be sufficient to treat the same area as before, or even a larger area. Contrary to what might be believed, the quantity currently sold is sufficient to treat the same size area as at the end of the 80s and the beginning of the 90s – or possibly even a larger area (based on the number of hectare-doses sold).

There is a constant stream of new pesticides coming onto the market, while older types are disappearing. Even though the risk of being exposed to high concentrations of pesticides has decreased, it is important to monitor the final destination of these chemicals, both old and new. 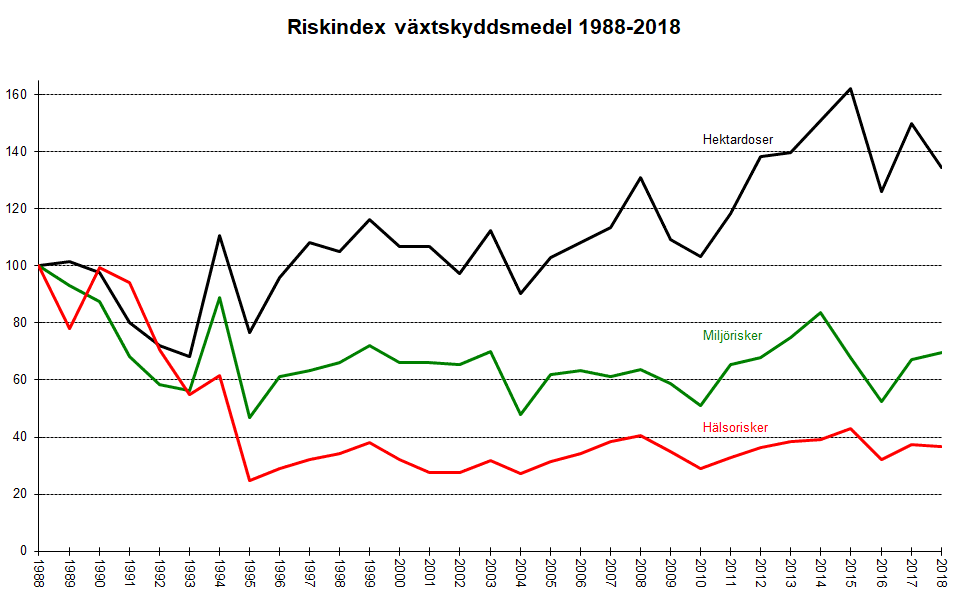