The AgriFoSe2030 project, ‘Improving market access and trading for edible insects in southern Africa’, saw an essential milestone, as the project was showcased and discussed on the Zimbabwean tv-show, ‘The Menu’, broadcasted by the Zimbabwe Broadcasting Corporation.

This comes after a surge in attention paid toward the project since the launch of one of its major outputs, the cookbook, ‘Secrets of African Edible Insect Cookery’. The cookbook holds edible insect recipes specifically made for the African kitchen. On the Swedish front, this book was also exhibited at the Alfred Nobel Björkborn in the city of Karlskoga during the summer of 2021. 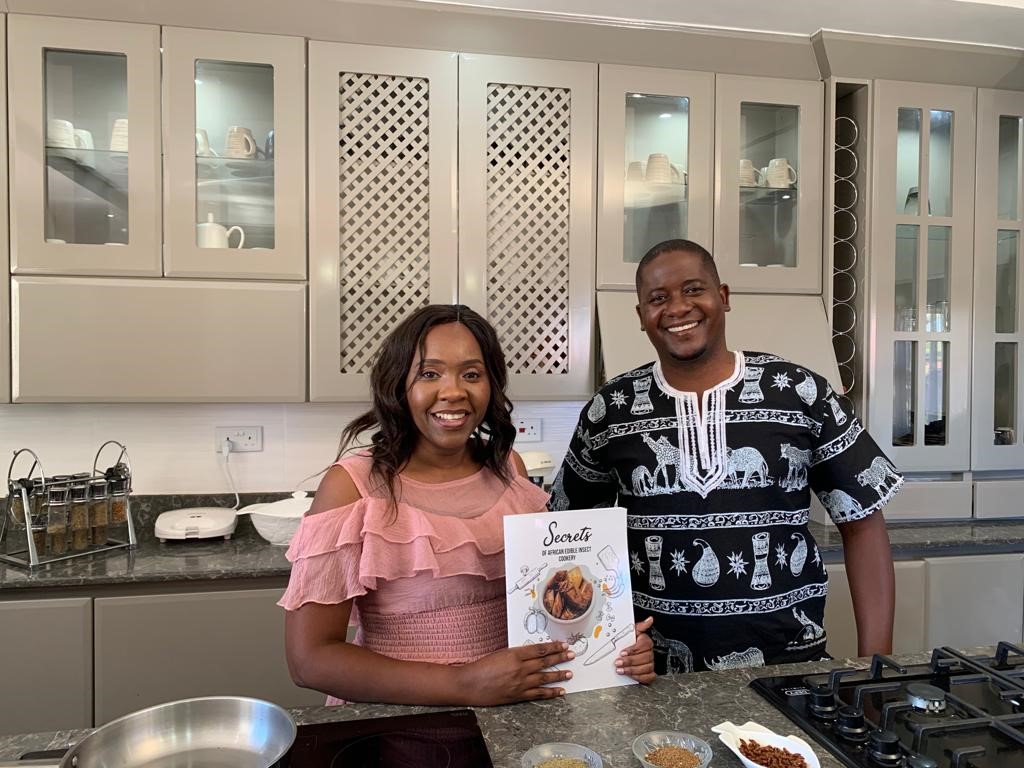 The chef of the TV show The Menu together with Dr. Robert Musundire during recording. Photo: Courtesy of Dr Musundire.

After launching the ‘Secrets of African Edible Insect Cookery’ earlier in 2021, the last mile in revealing these secrets was to launch the first ever cooking show on edible insects on the Zimbabwe Broadcasting Corporation TV channel. The project leader, Dr. Robert Musundire, said that “even before the cook show, it felt so promising that the combined culinary stories captured in old tradition, folklore and a blend of modern imagination in culinary design would make a great appeal to both regular and uninitiated insect consumers.”

There is a need for one to be innovative when it comes to preparing insects for food. This is especially true when trying to come up with sweet dishes, because edible insects are naturally a savoury food. Herbs and spices are often being used to add flavour, but also to improve their sensory characteristics and appearance. In the TV show, seven different recipes from the book was cooked, with termites, mopane worms, yellow mealworms, edible stink bugs and ground crickets insects.

When we asked Dr Musundire about the filming he exclaimed:

“It was more than I expected! Everyone was on fire that day, including myself; the guy who usually is camera shy. The show take-off was the game changer as everything went according to a well-planned programme and well packed messages. The chef was wonderful and well-experienced, and I must say all went into auto pilot and as perfect as one can imagine.”

The cookbook is part of a wider effort by the overall project to increase the use of edible insects in African cooking. The culinary practice of eating insects as a protein source has been around for centuries across the African continent- however, it has waned over time, especially amongst younger generations and urbanites who deem the practice ‘outdated’ and ‘not a part of modern society’.

One of the project members; Clotildah Kazembe, explained this in more detail:

“Edible insects offer loads of nutrition, yet they are not easy to consume. Neither are they appealing to look at hence this has and still affects their consumption. This was the dilemma that needed a solution. It is against this background that we as a team felt that there was need for documentation, raising awareness and developing edible insects’ recipes to help increase their consumption by people of all age groups.”

This project is trying to switch this narrative in a systemic, holistic way. This includes both creative initiatives such as the cookbook, but also practical infrastructural and capacity development initiatives, to ensure edible insects can be processed, sold, and accessed via markets properly.

From behind the scenes of the TV show. Photo: Dr. Musundire.

AgriFoSe2030 has supported the project since 2016. During the first years the project undertook capacity building activities for local urban authorities in Zimbabwe within the area of regulation concerning the trade of edible insects. This would then facilitate fair and inclusive trade practices, especially for women and youth. Additionally, the project also built handling and market facilities for trading with insects. And of course, ‘Secrets of African Edible Insect Cookery’ was published and launched.

In 2021 and moving forward, the project is working towards improving market access for women and youth, together with scaling up the trade of safe and nutritious edible insects for these societal groups, in southern Africa. To enable women and youth to sell their insect products on the market, the project disseminates information and advertisements of new, tasty, insect-based treats and snacks.

Furthermore, the project team will also support the establishment of robust insect trade groups for women and youth. These groups will have an organised membership structure formalised by traders associations. By being part of these groups, women and youth will be able to participate in decision-making processes regarding affairs that affect their businesses. 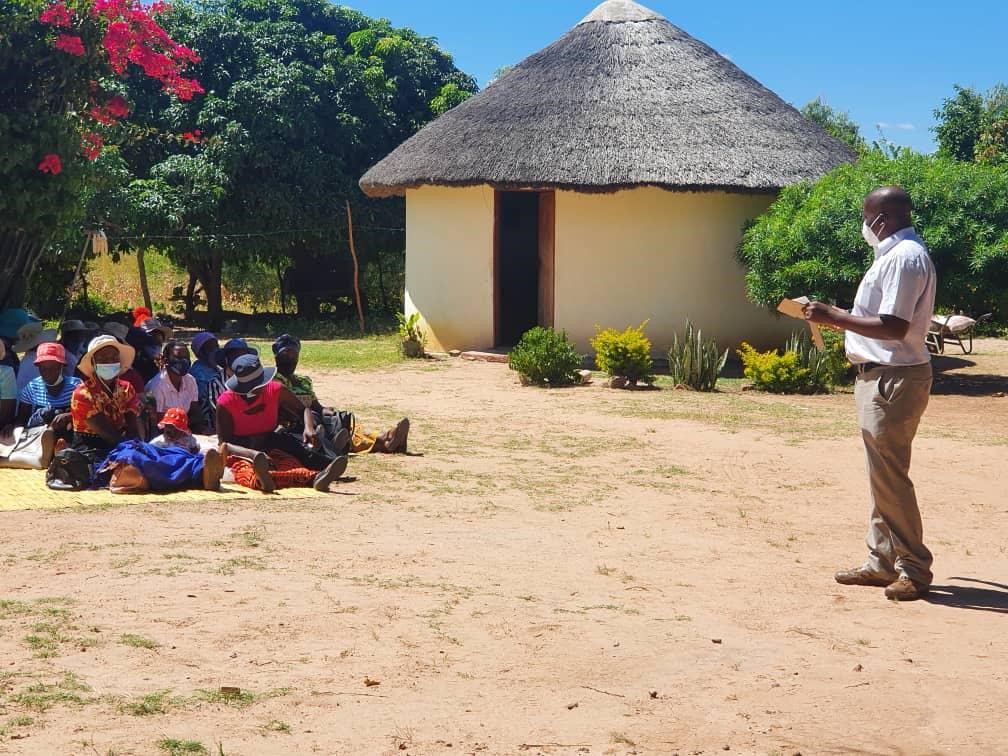 Dr Robert Musundire at a farmer sensitization meeting on insect postharvest and processing in the Midland province of Zimbabwe. Photo: Courtesy of Dr. Musundire.

With the exciting times ahead for the project, we look forward to following its journey. In the meantime, we can all tune into ‘The Menu’- and we can always pay a visit to the online version of the cookbook here.

Watch one of the episodes of The Menu here:

Read more about the cookbook here.