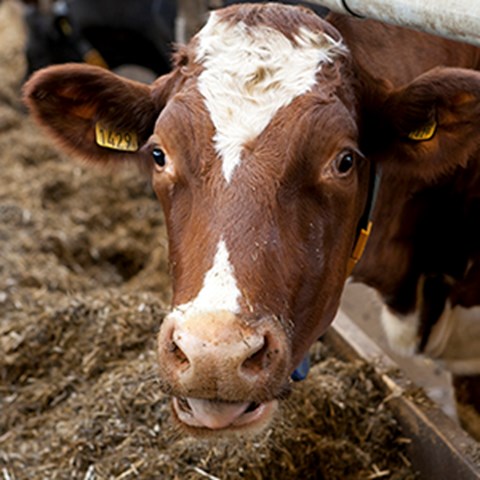 Shifting from import of non-genetically modified soy to genetically modified (GM) soy in Sweden would imply an increased negative environmental impact since the cheaper imported GM soybean would replace our domestic production of protein from Swedish fields, despite the fact that the GM soy itself does not cause more global warming and freshwater ecotoxicity than the non-GM soy. This was shown in a study from researchers at the Swedish University of Agricultural Sciences.

Which is best for the environment, animal feed based on genetically modified (GM) soy or GM-free soy? It depends on how you look at the matter. Researchers in the research programme Mistra Biotech, at the Swedish University of Agricultural Sciences, have developed a comprehensive picture of how it would affect the environment if Swedish farmers began to give their animals feed based on imported GM soy, which is common in many other European countries, instead of using 100 percent GM-free soy as Sweden does today.

The study showed that there are no significant environmental gains from importing non-GM soy, instead of GM soy, when comparing the two parallel supply lines. However, when the researchers use a more holistic approach and include the market effects of a shift from the more expensive GM free feed to the cheaper GM feed in the analysis, a different future scenario appears. The cheaper GM based feed would lead to increased demand for soy which could lead to deforestation to release new farmland. At the same time, the demand for Swedish protein crops would decrease.

"In the study, we have taken into account that GM soy is getting cheaper and thus outcompeting other protein feeds. It is certainly logical that the production moves to where it is cheapest, but lower prices can also make us start consuming more, requiring increased production that can bring more negative consequences for the environment than the actual shift of production site", says Mattias Eriksson, one of the researchers behind the study.

On the other hand, the global warming potential and the freshwater ecotoxicity are higher from non-GM import than import of GM soy, per imported amount of soy. However, increased imports of soy would replace our domestic protein production, and thereby demand more land and cause more environmental impact in South America. In addition, transportation and waste has increased as a result of the fact that we keep the two supply chains separated altogether.

"Because the non-GM soy needs to be kept free from contamination of GM soy, segregated transports and production lines are required. Controls and certifications also need to be separated to ensure that the different types of soy are not mixed. This makes the GM-free soy more expensive, but smaller volumes also contribute to higher prices", explains Mattias Eriksson.

Earlier environmental impact assessments of soy production and trade did not distinguish between GM and non-GM soy, in spite of the fact that the import of the different soybeans to EU in done through separate supply lines.

In the current study, the researchers did a detailed mapping of the various stages of events taking the soy feed from the farms in South America to the animal farmers in Europe. Then they made a life cycle assessment (LCA) for GM soy and for non-GM soy.

"Since Sweden stands out in a European perspective, as only GM free soy is sold here, it is interesting to analyze the possible environmental impact of becoming more like our neighboring countries. And as we can see, it's not the production itself that is the main problem, but production is projected to increase if the prices fall", says Mattias Eriksson.

The GM soybeans are allowed for use throughout the EU, but in Sweden there is an agreement in the field of agriculture that the meat industry should not use GM based animal feed.

The results of the study point out that the most environmentally friendly option would be to develop protein-rich plants that can grow in the Nordic climate through plant breeding, and then use them as animal feed to replace soy that is now being imported.