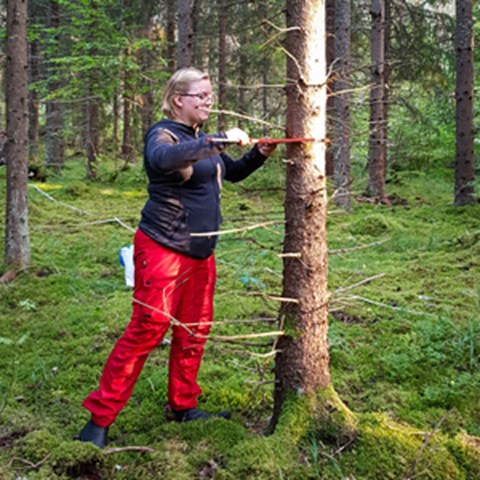 Ectomycorrhiza is a symbiosis between forest trees and fungi. Ectomycorrhizal fungi are extremely important for the trees’ nutrient uptake. Nitrogen affects these fungi in different ways depending on whether the nitrogen comes from the turnover of organic material or if it has been introduced to the forest through human activity. Naturally occurring soil fertility favor ectomycorrhizal fungi, while nitrogen from human activities has a negative effect. This has been shown by Karolina Jörgensen in her doctoral thesis.

In our northern forests, the supply of nutrients, and especially nitrogen, is low and nutrients must be recovered from organic material in the soil. Ectomycorrhiza is a symbiosis between forest trees and fungi that enables the exchange of carbon and nitrogen. The trees supply the ectomycorrhizal fungi with carbon and the fungi make nitrogen available from the soil and deliver it to the trees. This symbiosis makes the ectomycorrhizal fungi central to nitrogen and carbon cycling in the forest. During the last century, humans have increased the amount of readily available nitrogen in boreal forests through nitrogen deposition and fertilization.

– In my thesis, I have investigated if and how ectomycorrhizal fungi respond differently to nitrogen added by human activities than to natural variation in ecosystem fertility. I also looked at the relationship between morphological characteristics of the ectomycorrhizal fungal mycelium and patterns of soil colonization, says Karolina Jörgensen. 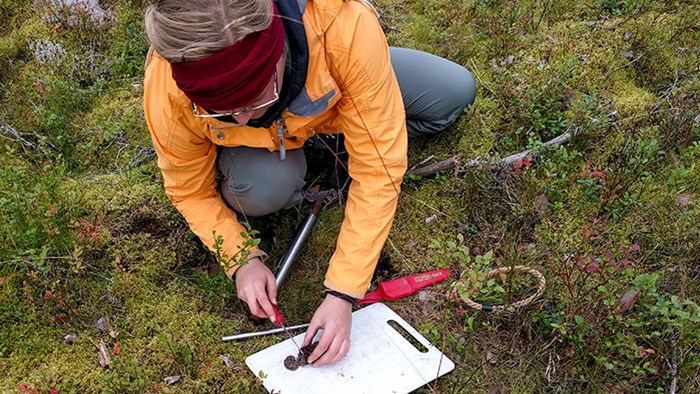 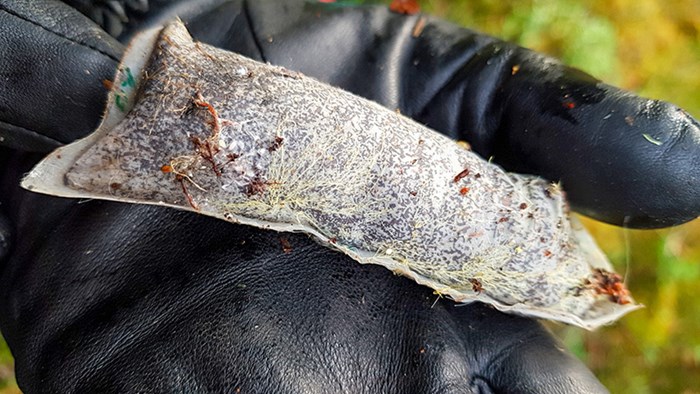 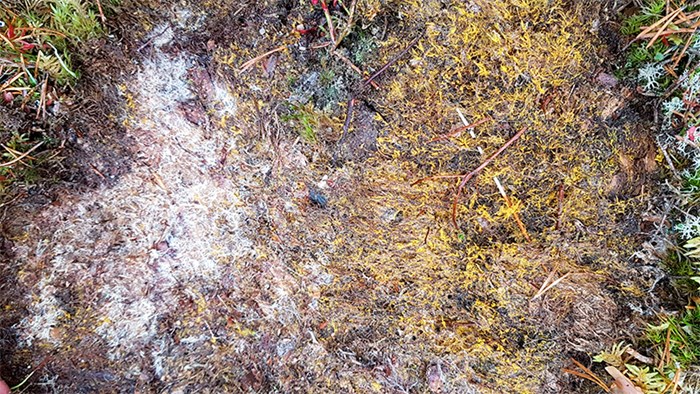 Mycelia underneath moss in the forest. Photo: Karolina Jörgensen. 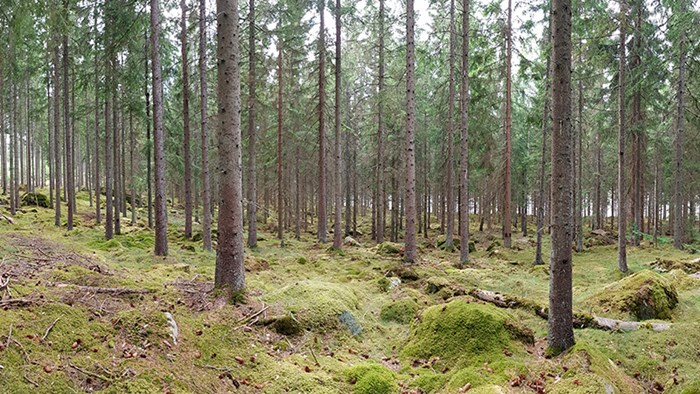 One of the field sites in Skåne, southern Sweden. Photo: Karolina Jörgensen.

Fungal communities were analysed in spruce and pine forests

To answer those questions, Karolina investigated the biomass and species composition of ectomycorrhizal fungi along gradients of increasing nitrogen availability in spruce forests in central and southern Sweden. She also compared fungal communities in fertilised and unfertilised pine forests.

–  Ectomycorrhizal fungal community composition changed after amendments with anthropogenic nitrogen and along a gradient in natural nitrogen availability, but the effects were small and different in the natural gradient compared to the shifts induced by external nitrogen additions. Some fungal genera decreased dramatically and fungi from the genera Piloderma and Cortinarius were particularly sensitive. Other fungi, that are "less expensive" from the trees' point of view and do not require as much carbon to deliver nitrogen, were less sensitive to nitrogen deposition, says Karolina.

–  We did not find a strong connection between mycelial morphology and soil foraging patterns. Instead, we think that the variation in proliferation of extraradical mycelium was related to differences in carbon use efficiency of ectomycorrhizal fungi.

Species within the genus Cortinarius, or web caps, are believed to be effective decomposers. In nitrogen-rich areas where the abundance of web caps is lower, more organic material accumulates in the upper part of the soil.

When nitrogen is added through human activities, it results in the trees delivering less carbon to their fungal partners and shift towards higher reliance on inorganic nitrogen. This can lead to a shift in the fungal community where fungi that are better at converting carbon to biomass benefit.

– The loss of Cortinarius and Piloderma in fertilised forest likely contributed to the increased soil carbon stock. Increased carbon storage in soils could be desirable to mitigate climate change, but in the case of forest fertilization it would also entail negative effects on biological and functional diversity in boreal forests, concludes Karolina.

Karolina Jörgensen will defend her thesis on the 3rd of December 1 pm, read more about the defence here.