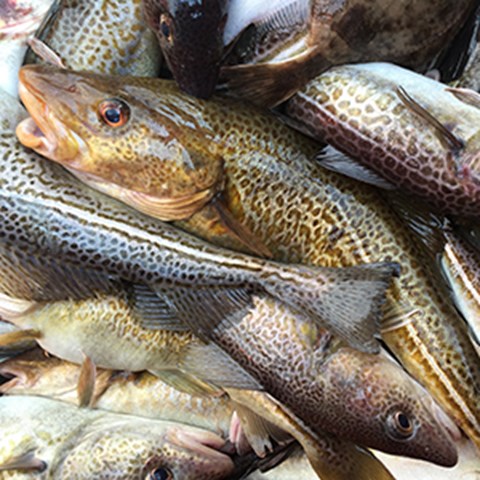 The Eastern Baltic cod population has moved deeper in autumn and low-oxygen waters have increased their extension into shallower areas, a situation leading to a worsened cod health. This is what a new study lead by SLU has shown, analyzing the changes in distribution of the cod population together with its body condition and the occurrence of low-oxygen waters

"From mid-1990s we have seen a progressive increase in the overlap between the Eastern Baltic cod population and low-oxygen waters" says Michele Casini, professor at the Department of Aquatic Resources (SLU Aqua) and first author of the article that was published in the scientific journal Biogeosciences.

During the past 20 years, the areas with oxygen levels so low to be detrimental for cod growth and condition have expanded in both the southern and central Baltic Sea. The low-oxygen waters have also been more frequent in shallower areas. At the same time the cod population has moved deeper in autumn, although the reasons are still unknown.

The increased overlap between the cod population and the low-oxygen waters, that has occurred both in the southern and central Baltic Sea, coincides with the decline in cod condition and growth.

"We know from earlier studies that fish suffer of physiological stress when dwelling in hypoxic waters, and that thin Baltic cod have been exposed to low-oxygen during their lives. The mechanisms relating low-oxygen and cod health are difficult to discern, but the new study shows that a progressively higher proportion of the cod population has occurred in low-oxygen waters since the mid-1990s. This is one of the strongest explanations of the worsened cod health in the eastern Baltic Sea" says Michele Casini

Read the article Changes in population depth distribution and oxygen stratification are involved in the current low condition of the eastern Baltic Sea cod (Gadus morhua) in Biogeosciences.

Read more about the factors that affects Baltic cod in the article ”Östersjöns torskar är illa ute” published in the magazine Fauna&Flora (in Swedish).