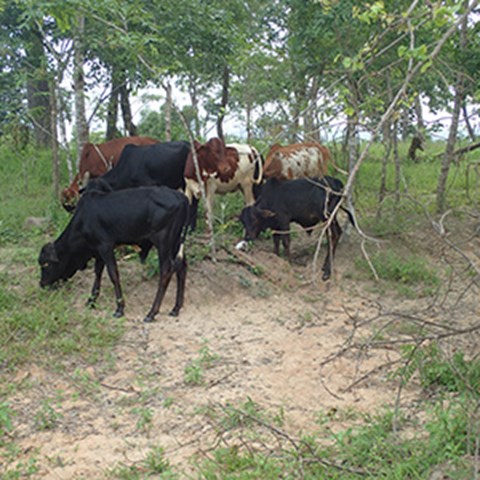 How do livestock farming and grazing in the Miombo forests affect the soil's carbon storage, species composition and production?

Miombo is a dry forest ecosystem found in several countries in Africa. In total, it covers as much as 270 million hectares, of which 45 million hectares in Tanzania alone (as much as Sweden's total land area). It is thus of enormous importance for food supply and ecosystem services, such as carbon sequestration, in the region.

As the population increases and traditional grazing land is used for other purposes in parallel with increased demand for food, there is a growing need for new pastures and the Miombo forests can play an important role. As competition for land intensifies in Tanzania, the Miombo forests are exposed to increased grazing pressure, which can lead to the vegetation being negatively affected and thus impair the opportunities for people to support themselves.

This project aims to shed light on the effects of grazing in Miombo on e.g. soil carbon storage, species composition and grazing production, livelihoods and socio-economic changes. The project group consists of researchers from Sweden and Tanzania, with expertise in animal science, soil science, forest science, economics and gender geography.

This project runs 2022- 2024 and is financed by Vetenskapsrådet.