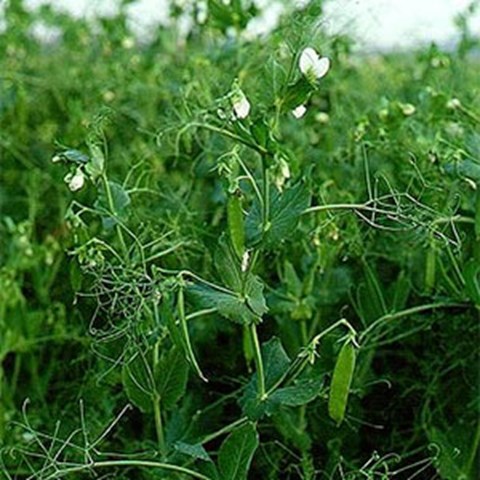 The goal with this project was to make it possible for Swedish dairy farms to replace imported, soy based protein feed with on farm processed concentrate based on home-grown or regionally grown Swedish protein sources as field beans, peas and rapeseed.

A change to on-farm processed concentrate based upon homegrown or regionally grown protein sources would in most cases improve the economic result and competitive ability. It would also result in environmental benefits and improve the image of Swedish dairy production. Despite extensive evidence that this change would be both economically profitable and good for the environment, not much has happened yet. There are still considerable amounts of soy products and palm kernel meal imported annually to be used as protein feeds. So why have the domestic protein sources not got their breakthrough? Probably because of practical issues in the management of feedstuffs on the farm, of a concern for reduced milk production and also a concern for hygienic problems as salmonella outbreaks. In this project we have designed descriptions of how these kind of systems could be set up and also educated advisors.

When it comes to feed management issues the conditions have changed during the last years since the farms have been larger (more cows per farm) and now can take a bigger investment cost for equipment. But there is a lack of competence regarding how these feed plants should be formed. In this project we have designed descriptions of how these kind of systems could be set up and also educated advisors to build up long term competence in this area. The concern that domestic feeds as rapeseed would lead to reduced milk production compared to soy based feed seems to be unjustified according to several scientific publications from the last 4-5 years. But even if the feed sources are equal there is a problem that must be solved when handling these feeds on the farm, and that is the variation in protein content of the feed. With pelleted feed from the industry it is much easier to get a stable quality than with farm processed feed. There is a need for thorough evaluation and steering of the feeding of protein feeds that have been processed on the farm to avoid both under or overfeeding that is expensive and may lead to nitrogen losses to the environment.

Urea as an indicator

The urea content of the milk mirrors the protein synthesis in the cow and can be used as an indicator of the protein supply to the cow. The cheap and fast method based on infra-red analysis that is available needed to be compared with traditional laboratory methods during different circumstances before it could be used in a safe way in feed management.

In this project we have tried to overcome the obstacles that exist and that prevents the use of more homegrown or regionally grown protein feeds in Swedish dairy production.

This project was performed in cooperation between researchers at SLU, Norwegian University of Life Sciences (NMBU), research insitutes, specialized advisors and dairy farmers.