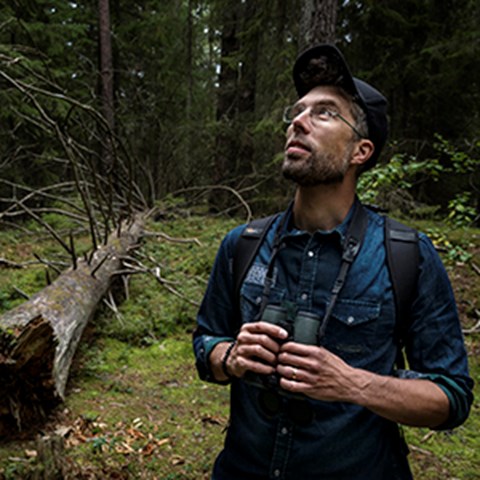 Sustainable urban planning should involve the senses more, says Marcus Hedblom. His research shows that smell and sound help to reduce stress in urban environments. He has now taken on the role as the new coordinator of SLU Urban Futures at Ultuna.

Marcus describes himself as an ecologist with a keen interest in the interplay between green spaces in the urban environment and humans. His interest has led him to conduct research in areas that few others have. He has broadened the expression “urban ecosystem services” to include all the senses.

“People still don’t feel well in our cities and nature offers relief. So how do we best raise this issue? By demonstrating the actual impacts of how nature affects the senses, and how we should manage and structure our parks and green areas,” says Hedblom, associate professor of biology and lecturer in landscape architecture and sustainable landscape management at SLU in Uppsala.

The delights of birdsong

One of Marcus’ aims is to identify ways to quantify which environments are most beneficial to our wellbeing. Amongst other things, he has conducted studies that have shown the importance of birdsong for wellbeing. Research involving young city residents showed that they were more positive about their surroundings if they could hear birdsong at the same time. They reported feeling even better if they could hear a wider variety of bird species.

Together with colleagues, including Johan Lundström, associate professor in experimental psychology at Karolinska Institutet, Marcus has also shown how the smell of nature can reduce stress. This research was conducted in a lab environment where researchers used VR technologies that put them into city, park, or forest environments. A variety of smells and sounds were added to the environments, and it was smell that appeared to be especially important.

“Currently, urban planning is done visually. Sound and smell are not considered. But smell is highly significant to how we experience our surroundings and it is very poorly researched in the context of green outdoor areas,” says Marcus.

He is now working together with, among others, Helsingborg municipality on developing multi-sensory indoor spaces in the city. If you live in the middle of a city and have a stressful job, you have access to very few places for brief rehabilitation, he argues.

“The project is under development, a dialogue has started, and it would be nice to have a multisensory room for the H22 city fair in Helsingborg 2022."

Interdisciplinary work is key to this research, he says. Which is why he collaborates with experts in a wide variety of fields including neuropsychology, environmental psychology, acoustics, landscape planners, and political science.

“Research projects are always improved when we combine our different knowledge sets. But working with an interdisciplinary approach takes time. This is why a project like the Futures Lab is so important.”

Marcus is one of the researchers who has been involved in the Futures Lab at SLU, which was initiated by SLU Urban Futures and SLU Future Food.

“The Futures Lab gives you the freedom to take an interdisciplinary approach in conjunction with sustainable cities. It provides a space in a creative environment where researchers from different backgrounds have the opportunity to collaborate.”

Since March this year, Marcus has been programme co-ordinator of the SLU Urban Futures strategic platform at Campus Ultuna. He is supported by colleagues Maria Burén and Andrew Gallagher. Together, they are developing transdisciplinary research into sustainable cities, as well as co-ordinating discussions with Uppsala municipality.

“We have a new co-operation agreement between SLU and Uppsala municipality in which we can play a key role. We want to be part of the dialogue to facilitate implementation of the research, and open the door for the municipality to get help from us researchers,” says Marcus.

Work has already gained momentum thanks to the planning of the “Södra staden” development area in Uppsala. Housing for 50,000 inhabitants will be built here by the year 2050, together with new workplaces.

“Prior to this, the municipality wants to strengthen its collaboration with SLU researchers in a number of different areas, such as green roofs, carbon sinks, water and agriculture. So far, we have created a joint steering group that has met twice.”

Within a couple of years, Marcus hope that SLU Urban Futures at Ultuna Campus will have participated in externally-financed joint research projects with Uppsala municipality.

“It would be a win-win situation for both of us. It would also be fun if we got a number of industrial doctoral students to get part of their funding from the municipality.”

SLU Urban Futures at Ultuna Campus co-ordinates ongoing research being conducted into sustainable cities in Uppsala. Marcus mentions several projects that are currently being conducted in areas such as children and urban planning, cities in the global south and wildlife in cities, as well as a programme about urban green-blue structures for immigrants.

He hopes that the co-ordination of these projects will give Campus Ultuna a more active forum with workshops and mingle events, and welcomes students who want to do degree projects in sustainable urban planning or urban ecosystem services.

“We also want to initiate new local projects. For example, we’ve started a dialogue with Akademiska Hus about healthy outdoor and indoor environments. The idea is to create a more attractive and healthy teaching environment on campus.”

SLU Urban Futures, and SLU's other future platforms, has a mission of operating across all four faculties of SLU. With a coordinator in Alnarp and one in Ultuna, the platform hopes to facilitate more connections and inspire more researchers - from all disciplines - to include an urban future perspective in their research.

“We will seek and highlight all the urban competence we can find at SLU”, says Marcus. “The endeavor of including SLU on the urban agenda has begun.” 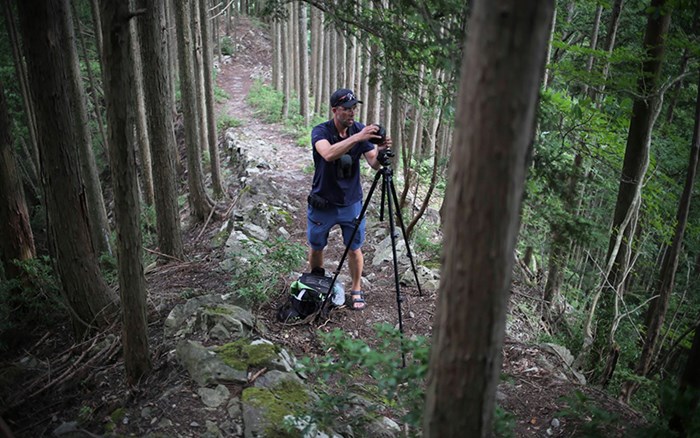 SLU Urban Futures is a strategic research platform with the mission to inspire and support the faculties of SLU to initiate, develop and strengthen multi-, inter- and transdisciplinary research, education and collaboration within the field of sustainable urban development.