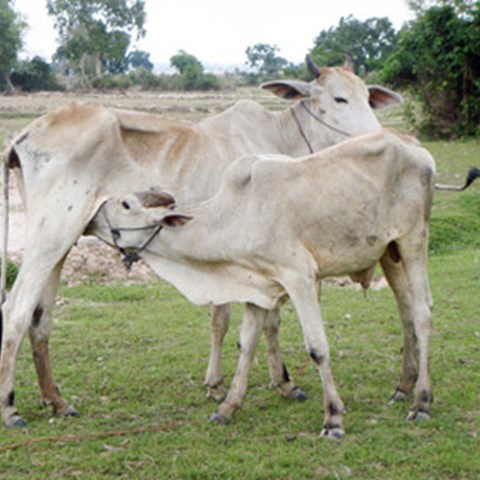 In Cambodia, livestock plays an important role for poor families in the rural areas and cattle are raised for the purpose of draught power and meat production.  The herds consist of less than five animals and cattle production systems are usually low input/output systems. The feeds for cattle consist mainly of natural pasture and crop residues, particularly rice straw, which are poorly digested and do not provide enough nutrients to sustain growth in ruminants. Many locally available feed resources can potentially be used as feed supplement for cattle. One example is groundnut (Arachis hypogaea) which is an annual legume in which the seeds is a source of protein and energy for humans and the foliage is used as ruminant feed.

The aims of this project are to investigate the feeding and management system of smallholder cattle production in Cambodia and to evaluate the effects of different levels of sun-dried groundnut foliage inclusion in diets based on rice straw and para grass on feed intake, weight gain and digestibility in cattle.